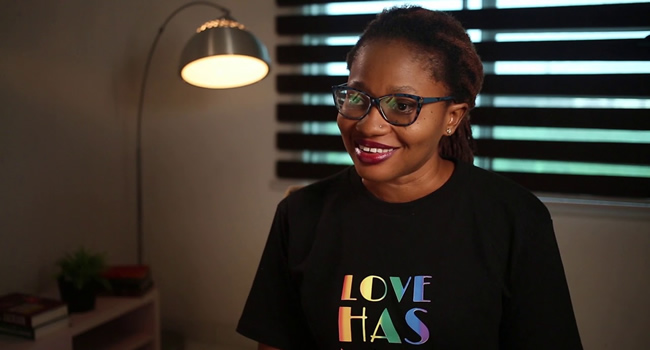 A Nigerian cinematographer, Uyaiedu Ikpe-Etim who directed the 2020 controversial lesbian drama, Ife, has come.out as gay.

In a thread on the social media platform, Twitter, the Nollywood cinematographer narrated how she came out as gay to her mother.

According to the movie director, she had to come out to her Catholic mother so she could be true to herself and her sexuality.

The Nollywood cinematographer has stated in her revelation that she is unapologetic about coming out as a lesbian.

Read what she published;

“I (officially) came out to my (Catholic) mother. I watched her as her heart broke again, probably thinking, so the rumors are true.

This thing that you are will send me to an early grave, she said. Come, see where you should bury me when I die, she pointed.”

“My heart broke too. But I recognised this for what it was. The universal language of African parents – Emotional blackmail. I’m not an unholy thing, I said.

In spite of how hurt I am that you said that, I won’t accept it. No be me go kill you.”

Further, she stated that her mother still refused to judge her despite her shock revelation.

Read what she said;

“Immediately alarmed, she said – I would never call you a sin, you are my child. I love you.

You will always be my baby but – No buts. You say you love me, then love me.

She talk her own, I talk my own sef. Finally – so one day, you will bring home a wife? Yeah, most likely.

In conclusion, she wrote;

Mine was of relief.

I am officially out to my mother.”

I (officially) came out to my (Catholic) mother.
I watched her as her heart broke again, probably thinking, so the rumors are true.
This thing that you are will send me to an early grave, she said.
Come, see where you should bury me when I die, she pointed.

Related Topics:cinematographerGayUyaiedu Ikpe-Etim
Up Next

Why arms flow illegally to Nigeria, others – Buhari