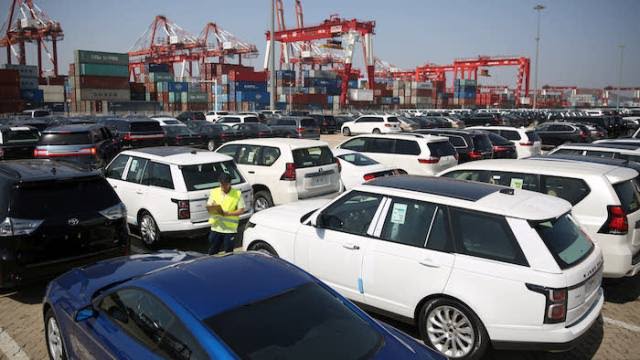 Ripples Nigeria had previously reported last month that the association argued that the levy was meant for new vehicles imported into the country, but the Nigeria Customs Service (NCS) extended the tax to tokunbo (used) vehicles.

In response to the implementation of the levy, the ANLCA had announced a warning strike as talks with stakeholders failed to compel NCS from withdrawing the policy, but the industrial action was called off.

According to a statement on Tuesday, from the clearing agents’ acting national president, Kayode Farinto, it was gathered that the association had chosen to drag the Customs and the Finance Ministry to the National Assembly.

Farinto stated that decisions regarding the elimination of the 15 percent levy is in collaboration with the motor dealers association within the country.

“The 15 per cent National Automotive Council levy would be pursued vigorously immediately after the Sallah break. I am assuring you that the leadership would engage the national assembly on the insensitivity of the present government to the plight of the masses to have introduced the levy at this period when the economy is comatose.

“We will also ensure that the federal ministry of finance is dragged before the people’s representatives on this matter,” Farinto said, adding, “Since the CRFFN governing council may also be inaugurated this week, it will be our first issue to be raised at the plenary, which needs urgent national attention.

“All our efforts to eliminate NAC-turned-levy are being done in collaboration with the motor dealers association.”

Related Topics:NASSNigeria Customs Service
Up Next

Despite sluggish performance in Q1, Bitcoin investors expect greater return on investments in next 3 months

FERTILIZER: Nigeria to pay more for Canada’s potash, as sanction against Russia bites