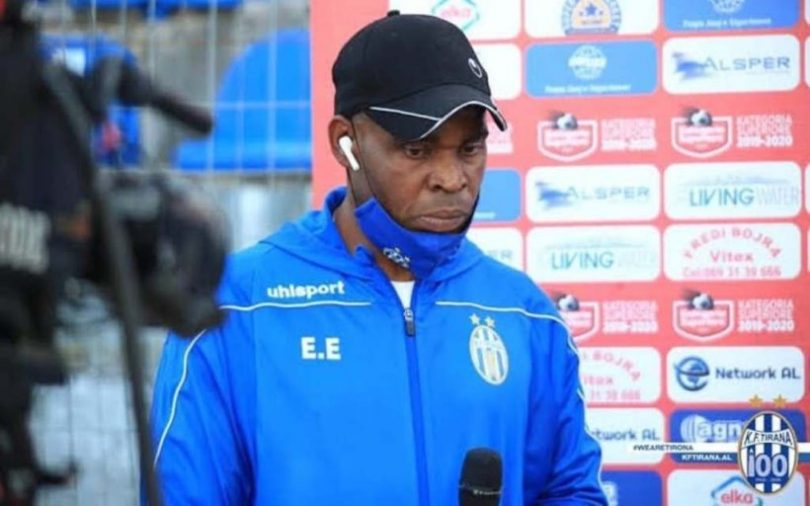 Nigerian coach Ndubuisi Egbo has been sacked by Albanian League champions KF Tirana following a slow start to the season.

Egbo, who led Tirana to the championship title last season, was shown the door on Thursday after the club have failed to replicate last season’s form.

Tirana have won only two games in their last seven, as they were even eliminated in the Albanian Cup on Wednesday in a game played at hom.

“After the poor performance of the team in the last matches, Egbo will no longer be at the top of the white and blues due to the poor results.

“The club thank him for the dedication and success achieved, which culminated with the return of the championship title.

“The club also wish him success in his career, the camp of champions gave special merit of success last season to the man who for years was and will be part of the white and blue family.”

Following last season heroics, Egbo became the first ever African coach to lead a European team to a league title.

The club also qualify for this season’s Uefa Champions League, where they were eliminated early.