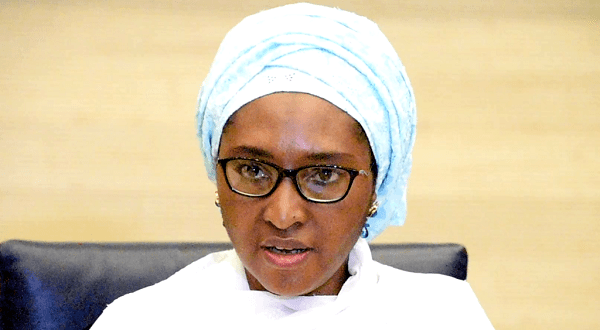 The Minister of Finance, Budget and National Planning, Zainab Ahmed, has said the Nigerian economy fared better than analysts’ projections for the second quarter of 2020.

“We presented a memo to council in respect of the second quarter Gross Domestic Product (GDP) report, earlier released by the National Bureau of Statistics (NBS) on the 24th of August…

She stated that the performance also bettered the projection of the Bretton Woods Institutions as well as those of the advanced countries of the world.

Cost of living in Africa’s biggest economy has risen unhindered for 12 months in a row, pushing inflation rate to its 28-month peak at 13.22% in August, the statistics office said on Tuesday.

“The US for example went into negative growth of 33% for the second quarter 2020 and 19% half year 2020. Similarly, the UK, Canada, Italy and several countries of the world all went into very significant negative growth.

“So, Nigeria’s economy has shown some level of resilience in this level of performance,” the minister said.

In its second quarter GDP report, the NBS noted that 30 of the 46 sectors (or 65%) of the economy posted negative growth but Ahmed said some sectors still maintained an upbeat trend.

“These sectors include agriculture as well as financial services and the ICT services. This is actually showing that even during the COVID era, there were still some sectors that stood firm and indeed were growing.

“The inflation was also reported to be moving up gradually, capital importation did not dry up despite the lockdown and the difficulties all countries experienced. But this is reflected by the significant decline in capital importation into the country,” she said.