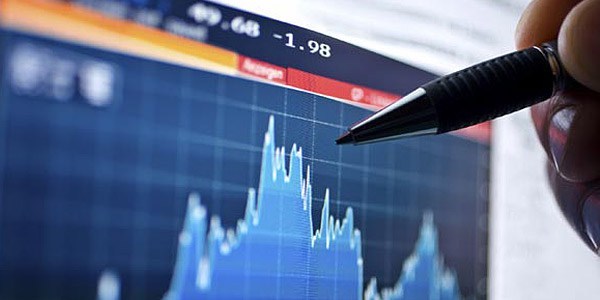 Nigerian equities started the second quarter on a negative note as sustained price depreciation placed the Nigerian market in the top bracket of backsliding emerging markets.

Global equities markets traded during the week largely on a positive note with gains across major advanced markets in America, Europe and Asia.

Many emerging markets however witnessed a slowdown, with Nigeria leading other African markets on the top list of the decliners.

Most emerging market equities were on the downside during the week, with the downtrend more pronounced within the African markets. Kenya’s NSE 20 Index indicated average decline of 0.6 per cent. Egypt’s EGX 30 Index dropped by 0.2 per cent. China’s Shanghai Composite Index declined by 1.2 per cent. Brazil’s Ibovespa Index slipped by 0.5 per cent while Hong Kong’s Hang Seng Index dropped by 0.8 per cent.

Investors however appeared to prefer the safety of global advanced markets, despite the concerns around the United States of America (USA)-China trade wrangling, Britain’s exit from the European Union and the tenuous USA-Russia diplomacy. In USA, the main indicative index- the S & P 500 Index inched up by 0.2 per cent. The tech-loaded twin indicator- NASDAQ Index however slipped by 0.1 per cent. In London, the UK FTSE All Share Index rose by 1.7 per cent. France’s CAC 40 Index posted a gain of 1.9 per cent. Germany’s XETRA DAX Index appreciated by 1.2 per cent while Japan’s Nikkei 225 Index rose by 0.5 per cent.

In other emerging markets, India’s BSE Sens Index appreciated by 2.0 per cent. Russia’s RTS Index rose by 0.4 per cent. South Africa’s FTSE All Share Index posted a gain of 0.8 per cent while Ghana’s GSE Composite Index rallied average week-on-week gain of 1.7 per cent.

The sustained depression at the Nigerian equities market underlined the shift in investors’ focus from dividend consideration to monetisation of capital gains. With significant rally in the first two months of this year, the past six weeks have seen a largely profit-taking stance by investors, mostly ignoring the strong earnings and dividend recommendations by companies.

With nearly three decliners for every advancer, all sectoral indices at the Nigerian equities market closed the week in the red, further underlining the widespread downtrend that marked share pricing during the week.

The three most active stocks were Zenith International Bank Plc, Access Bank Plc and United Bank for Africa Plc, which altogether accounted for 543.758 million shares worth N9.739 billion in 3,533 deals, contributing 30.81 per cent and 36.66 per cent to the total equity turnover volume and value respectively.

In the sovereign debt market, a total of 4,457 units of Federal Government Bonds valued at N4.247 million were traded last weekin 13 deals, compared with a total of 21,583 units valued at N22.868 million traded in 16 deals two weeks ago.

Most analysts said the sustained price depreciation in recent weeks has created attractive buy opportunities that may trigger a rally in the next trading sessions.

“We believe the current negative performance of the market is a correction to the bullish run witnessed in the first two months of the year. This has created attractive entry prices in large and medium cap stocks with strong fundamentals. We therefore maintain our positive outlook on the market in the near term following the release of strong full-year 2017 earnings and expectation of impressive first quarter 2018 results,” Afrinvest Securities stated.

With the Central Bank of Nigeria (CBN) voting to retain its policy rates last week, analysts at Afrinvest Securities noted that expected gradual decline in fixed-income yields will make equities to be more attractive.