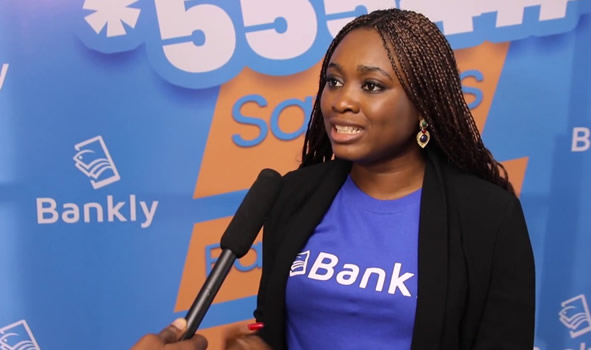 Here are updates on developments and events going on around the tech world today.

Bankly, Nigerian fintech startup, has secured US$2 million in seed funding to accelerate its consumer acquisition as it leads its growth process.

The fund, which is expected to help the startup scale, will see to how it can offer direct-to-consumer (DTC) products to Nigeria’s unbanked and underbanked populations.

The three-year-old bank was founded to digitise the informal “thrift collections” system – known as ajo, esusu and adashe – that is widely used among Nigerians working in the informal sector.

Industry insights revealed that the startup has gained popularity for operating completely offline, however, with inherent security risks.

Operating in a sector characterised by limited access, and a lack of customer data, the startup addresses this challenge by allowing participants to save their money using both online and offline methods.

With Bankly, customers can deposit and withdraw cash via agent or make payments using its app or USSD function.

Tech Trivia: Since Jack Dorsey’s Twitter is banned in China, which of the following is its equivalent for the Chinese people?

Looking to expand out of South Africa, Fintech player Ukheshe has announced closing US$2 million in equity and debt funding.

The financial technology platform helps banks and telecoms provide SMMEs with affordable digital banking and payment services, with client acquisition, onboarding and distribution costs that are a fraction of traditional merchant accounts.

Industry experts, who are familiar with the startup, noted that the startup has demonstrated its vision to make informal banking an accessible and lucrative growth market for its banking partners.

At the moment, the startup provides platforms and technology that support 16 banks and fintechs, three telecoms, 3,000 billers, and more.

Today, it has signed up about 200,000 merchants, 18 million digital wallets, and four million apps, processing millions of transactions every month.

The initiative, which aims to support the next generation of early-stage African tech startups, will be seeking to support ideas capable of disrupting a wide range of sectors.

Today, with the new partnership deal with telecoms firm Telecel Group, ASIP aims to support young startups with innovative ideas that are creating a difference in their communities.

Commenting on the development, the board noted that the programme aims to help startups achieve 18-24 months of growth in just three months.

In addition, it will give 10 startups access to expert-led masterclasses covering scaling fundamentals – from the business model canvas, and lean methodology, to fundraising.

Weibo is a micro-blogging platform in China released in 2009. Weibo is one of the most popular sites in China and is often considered to be a combination of Facebook & Twitter.

However, given the character limits it’s most often labeled as the Chinese Twitter. Weibo is the second most popular social media in China with its user base nearing 500 million users.