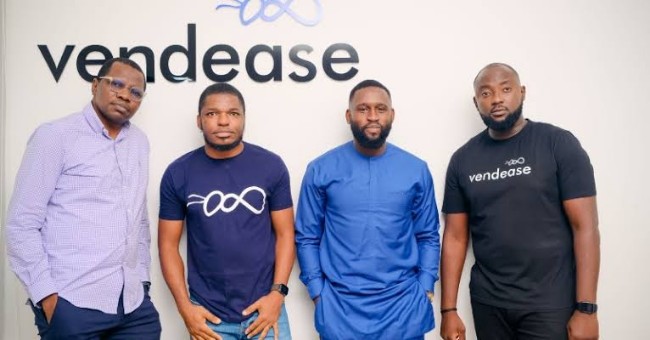 The startup’s CEO Tunde Kara, while confirming the funding in a media release, on Monday said that Series A funding is split between $20 million in equity and $10 million in debt.

“Since businesses don’t have access to accurate data, they usually buy what they don’t need.

“We help them to solve that problem in two ways,” Kara said of the business model.

Tech Trivia: Which version of Windows was the first to center the taskbar by default?
A. Windows 7
B. Windows 8
C. Windows 10
D. Windows 11
Answer: see end of post

Egypt-based gaming and sports-tech startup, Ingame Sports, has announced securing more than $1 million in cash, in-kind resources, and grants in a pre-seed round led by Openner.

Openner is a global VC that has a unique combination of capital and tech and invests in early-stage tech startups.

The new funding was confirmed in a press release on Monday by Mohab El Tawila, Managing Partner of InGame Sports.

Commenting on the raiser and intent, El Tawila said:

“InGame targets its stronghold incorporation in multiple break-through interactive engagements that are exciting for football fans that have never been assembled in the gaming industry before.”

The new funding as per the release also saw participation from several sports companies such as Sports Radar along with other Egyptian and foreign angel investors.

An African entertainment company, DSTV, has announced plans to launch two channels in 4K in time for the Qatar Fifa World Cup, set to kick off in November.

Nyiko Shiburi, CEO of MultiChoice South Africa, made the disclosure in a media release seen by Ripples Nigeria on Monday.

Commenting on the development, Shiburi said that a massive technical upgrade would be done in the backend to ensure MultiChoice was ready to launch the two 4K channels for the World Cup.

Shiburi was previously the regional director of MultiChoice Africa for the Southern Region – a role which is now expected to be taken over by former Group Chief People Officer, Fhulufhelo Badugela.

Ripples Nigeria understands that the planned broadcasts will also be available via MultiChoice’s Showmax streaming service.

Windows 11 is a major version of the Microsoft Windows operating system. It was released on October 5, 2021, and follows Windows 10, the previous version of Windows, released in 2015.

The Windows 11 user interface is similar to Windows 10 but includes several minor changes. For example, the taskbar, left-aligned since Windows 95, is centered by default.