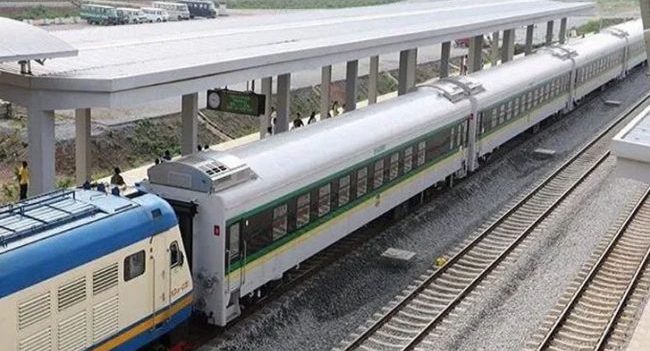 The Federal Government said on Thursday it has signed a $3.9 billion agreement with a Chinese firm, China Railway Construction Corporation (CRCC) to facilitate the construction of a railway from Itakpe to Abuja.

The government said the contract would cover the construction of a seaport in Warri.

It was gathered that the Nigerian government would be responsible for 15 percent of the project cost while China Railway Construction CRCC would cover 10 percent.

The remaining 75 percent, according to the government, would be provided by the Special Purpose Vehicle (SPV) as a loan.

Speaking on the project, the Minister of Transportation, Rotimi Amaechi, said the project would be managed by CRCC for 30 years.

Amaechi, who spoke with journalists after the signing of the Abuja-Lokoja rail project agreement and construction of the Warri Seaport, in Abuja, said the government decided to opt for a Private- Partnership Agreement (PPA) so as to reduce the impact of the loans on the country.

Amaechi represented the Nigerian government at the signing ceremony while the CRCC team was led by its Vice President, Wang Wenzhong.

The minister said: “The signing ceremony that we have today is the first PPP railway agreement for Abuja- Itakpe or Abuja-Baru-Itakpe and Lokoja and it is between Nigeria and CRCC. The agreement would be 15 percent Nigeria equity and 10 percent for CRCC. Then we will borrow 75 percent as SPV from the Chinese bank.

“The entire railway for now in Nigeria is constructed 100 percent by CRCC. I think that the good working relationship we have had with CRCC is the reason we have not been able to engage other companies.”

Wenzhong expressed hope that the construction of the Ibadan dry port would commence before the end of the year.