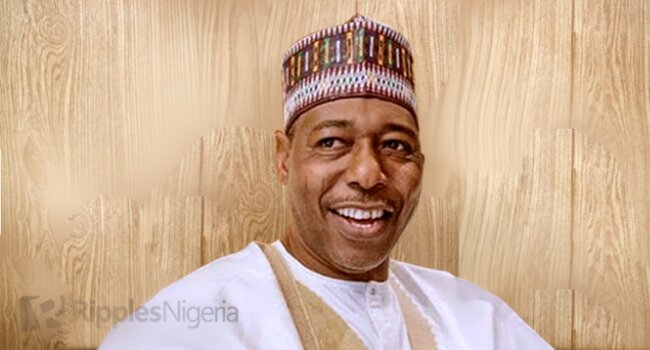 Over a year ago, the Board of Ripples Nigeria thrust upon itself the mandate of a monthly assessment of performances of state governors across the country.

We have, since August 2019, assessed the performances of Nigerian govenors using the Top 5, Bottom 5 template.

Governance remains a daunting task, no doubt. But even in the face of challenges, some helmsmen have shown exceptional capacity to improve the lot of their citizens while others have struggled with the power bestowed on them.

We hope, through these special publications, that we would engender a competitive spirit between and among the governors and ultimately drive our nation towards the path of sustained growth and development.

For September 2020, we are breaking away from the traditional template, as none but one governor had anything worthwhile to his name for the month.

September was largely dominated by pedestrian attentions and avoidable mis-steps.

For a large number of these state chief executives, it was a period of abandoning their homesteads to attend to the headaches of others, as exemplified by their desperation to score some points in the the Edo and Ondo State governorship elections.

The energy, resources channeled into these elections by many of them have been deemed an overreach, which became a source of distraction leading to a neglect of critical primary assignments in the respective states.

Except for Babagana Zulum of Borno State who, once again, proved to be a shining light and a critical example of what leadership should be, Ripples Nigeria considers the performance of other governors in September a woeful outing.

Zulum held out hope that governance can, indeed, have a human face, and be committed to the service of the people.

He emerged the top pick in the country on account of his continuous stately actions geared towards the restoration of peace and rehabilitation of victims of the more than decade-long insurgency in the North-East.

Zulum’s never-say-die spirit is infectious as he continues to brave the odds in search of the much needed peace in Borno State.

We applaud his determination to resettle citizens of the state who had been dislodged from their towns and villages, and stranded in the Internally Displaced Persons (IDP) camps.

We acknowledge the personal risks the governor has taken since he became the governor of the North-East State, leading to three deadly attacks, two within less than a week in the month of September.

Courage is remaining undaunted even in the face of these attacks which took place on the 29th of July, 26th and 28th of September, 2020 in the course of road travels.

We note that these attacks were dastardly enough to make any chicken-hearted leader give up on his or her goals. Not for Zulum the several admonitions by his peers to abandon the idea of throwing himself on the path of danger.

For redoubling his commitment to the cause of safe return of the IDPs to their villages and towns so they can leave with dignity, we state unequivocally that Zulum’s is a study in courage.

A profile in courage, integrity

In a country where many politicians and political office holders seldom display the virtue of courage in speaking truth to power, Governor Zulum paints a different picture.

His many brushes with the military hierarchy speak for his fearlessness or boldness. Aside publicly chastising soldiers collecting toll from motorists on one of the highways in the state, Zulum had also accused the military of sabotaging the war against insurgency in the country.

There appears to be some consensus as well on Governor Zulum’s approach to management of State resources.

In choosing to lead an austere life, he sends clear signals to other government appointees that Borno State would not commit to a frittering of state resources while citizens languish in poverty. Indeed, we find his opting for commercial flights an exemplary initiative worthy of emulation by his peers.

We celebrate this Professor of Soil and Water Engineering for giving governance a human face, preferring instead to align with the people rather than carry on as if he is lord over them.

For his courage, integrity, humility, commitment and tenacity, Governor Zulum takes the top spot for September, 2020.