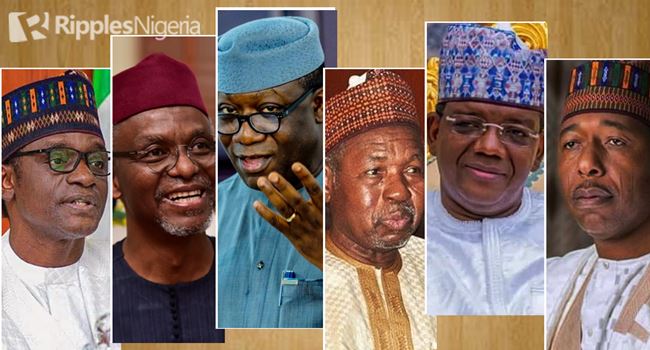 Consistent with our goal to hold leadership accountable, Ripples Nigeria has, in the past three years, delivered a monthly report in which it caused a review of the performance of Nigerian Governors.

Making its debut in August 2019, the offering adopted a structure in which the helmsmen were ranked Top 5 and Bottom 5. Over time, the approach has, however, evolved as general lackluster performance continues to define outing by state chief executives in the country.

In conducting these critical reviews, we are not unmindful of the fact that governance in this part of the world could be herculean and grossly challenging.

Indeed, we recognise that the exercise of leadership in Nigeria has its limiting factors and these include, among others, fast-dwindling resources, worsening insecurity, and constitutionally-imposed limitations on the governors’ powers.

These, however, do not take away the fact that the country is blessed with both human and material resources that any good manager worth the title can tweak for progressive development.

The possibilities are huge, citizens expectations for development are crazily high but unfortunately, governance and prudent management of resources, both human and material, have been abysmally low and near zero.

As noted in previous publications, governance in the country seems to have taken the back seat due to the deteriorating security situation in the country as state governors, overwhelmed by the activities of bandits, terrorists, kidnappers and other criminals, appear to have lost the initiative.

For the month of September, Ripples Nigeria had submitted that Governors, acting along regional lines, threw caution to the winds and literarily fought naked in the market square over which region, between the North and the South would produce the president in 2023.

For the month under review, October 2021, we note sadly that nothing has changed significantly in the performances of State governors, as insecurity persists, hunger worsening, especially as the prices of food and other essential goods seem to be veering off the reach of the common man in the country.

We submit, most unfortunately, that in all the ‘troubles’ facing the common man, Nigerian Governors were predominantly preoccupied with party politics, as they battle for the control of the two major parties in the country, the All Progressives Congress (APC) and the Peoples Democratic Party (PDP).

Though we acknowledge the right of the governors, as politicians to play politics, we also reason that playing party politics should not be the main preoccupation of elected officials.

Beginning with ward congresses to local and state congresses, Nigerian governors became distracted as they battled for the control of their parties in their respective states, leaving the common man to his obviously bleak fate.

We also note the bickering over payment of the controversial $418 million dollar to consultants, said to have worked on the Paris Club refund between state governors and that Federal government, resulting in delays in the sharing of revenue from the Federation Account.

We concede to the right of states, through their governors to reject whatever they think is not right and capable of eating illegally into their constitutionally guaranteed revenue but also note that the situation would have been different if governors had been proactive and creative enough to open up alternative sources of revenue for their states outside of the Federation Account.

We are tempted to align with the belief that most Nigerian governors are lazy and bereft of ideas that lead to prosperity in their states, but would rather wait for the crumbs to come from the Federation Account, which in most states, are only barely enough to pay salaries of civil servants and political appointees.

Indeed, the disposition of state Governors, we reason, may have been different from the current combative one, if they had taken time to build a solid financial base for their states, making them financially independent and only treating what comes from the centre as an addition.

In all of the confusion and inaction in the land, we acknowledge the leading example Governor Babagana Zulum of Borno State has become lately.

We acknowledge his efforts in working to meet up with his plans to close all Internally Displaced Persons (IDPs) camps in the state by December 31, 2021 and resettle the IDPs in their respective communities. We applaud his reconstruction of the affected communities, especially in Baga, where about 2000 new houses have been handed over to the returning citizens.

We equally applaud efforts of Governor Zulum at ensuring that the returning IDPs do so in relative comfort through the provision of basic amenities, cash handouts and distribution of food stuff to the returnees until they are able to get back to their normal lives and engage in productive activities.

Zulum’s practical approach to leadership catches our attention and we note his hands-on approach which has helped to expose shortcomings in some administrative structures of the state, instead of relying on feedbacks from aides keen mostly on hero-worshipping.

For instance, Zulum’s disguised and unannounced appearance at a health institution in the state exposed barefaced extortion of already helpless citizens.

We are tempted to believe that before Zulum’s visit to the health facility, his aides must have regaled him with a near perfect picture of happenings there and several other places. This is sadly the picture of governance in the country, where governors and even the President, are fed with tales of perfection.

Zulum has shown the way, not for the first time but over and over again by personally engaging the people to feel what they are going through, even at great danger to his personal safety. This, no doubt, has enabled him to understand the enormity of the humanitarian crisis in the state, and may just be the reason he has been able to give governance a meaning.