Home » Business » Nigerian govt aims at 40% switch to LPG from petrol, others 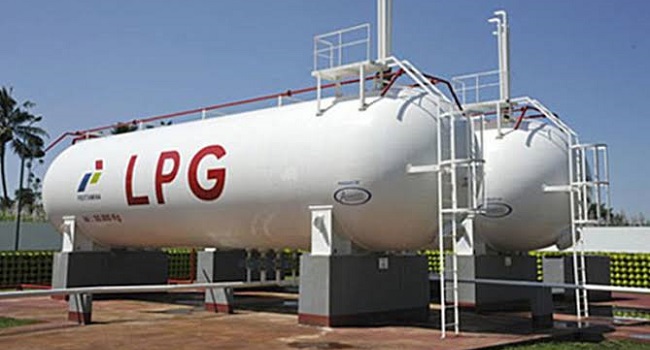 According to the government, there are current efforts at promoting the wider use of LPG in homes, power generation, auto-gas and industrial applications

A document highlighting the achievements of the Federal Ministry of Petroleum Resources between 2016 and 2018 stated this.

According to the ministry, the Federal Government initiated the LPG Expansion Programme in order to effectively drive the switch to LPG consumption across the country.

It said: “The LPG Penetration Framework is designed to reduce the national energy consumption of PMS, DPK, AGO by achieving a 40 per cent fuel switch to LPG in 10 years.

“The programme will also promote the wider use of LPG in households, power generation, auto-gas and industrial applications towards the attainment of five million metric tonnes domestic utilisation and creation of an estimated 500,000 job opportunities nationwide in five years.”

The petroleum ministry further noted that overall, improvements in the standard and quality of living in rural communities were also expected for the programme.

It also said that the LPG Penetration Programme along with the Nigeria Gas Flare Commercialisation Programme were components of Nigeria’s intended nationally designed contributions under the Paris agreement for reducing annual greenhouse gas emissions by the year 2020.

According to the document, the NGFCP was a key component of the Nigerian Gas Policy which had the aim of reducing the environmental and social impact caused by flaring of natural gas, protect the environment, prevent waste of natural resources, and create social and economic benefits from gas flare capture.

“The design of the key programme transaction, commercial framework and documentation have been completed. When fully implemented it will improve gas supply for power generation, industrial use and LPG penetration in the economy,” the FMPR said.