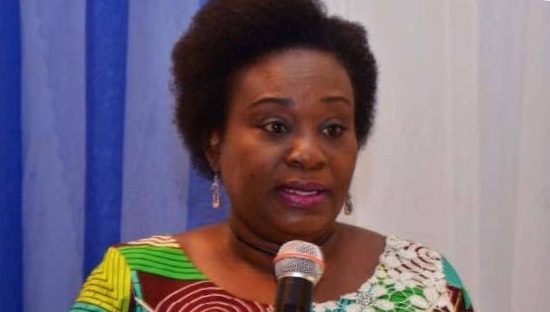 In line with its insistence on total compliance with the Integrated Personnel and Payroll Information System (IPPIS), the Federal Government has given some categories of civil servants till November 30 to update their human resources records on the IPPIS platform.

This was stated in a circular dated October 29, 2019 by the Acting Head of Service of the Federation, Dr. Folasade Yemi-Esan, adding those who fail to comply will have their salaries stopped.

Those affected by the directive are employees of non-core ministries, departments and agencies and newly-employed members of staff of core MDAs who were enrolled into IPPIS platform from January 1, 2017 till date.

The acting Head of Service recalled that as part of activities towards the final roll-out of the HR Module of IPPIS, her office had earlier issued two circulars requesting all federal public servants on the platform to update their records via an online portal provided for that purpose.

She further added that the exercise was rounded off and the portal was closed on May 23, 2018 to pave the way for the service-wide physical verification which was also completed for all core MDAs.

She also disclosed that the online portal had been reopened for the affected civil servants to update their records.

Yemi-Esan, who recalled that MDAs were also requested to submit their structures and other relevant documents for upload to enable their employees have access to the portal and update their records, said MDAs that had not complied with the directive and those that were enrolled after the closure of the portal had till November 6, 2019 to comply.

The required documents, according to the circular, include updated nominal roll, list of IPPIS role players in line with attached template and list of established cadres and positions/ranks.

“It is pertinent to emphasise that failure of any MDA and /or employee to comply with the content of this circular will lead to stoppage of the salary of the entire MDA and/or the affected employee on the IPPIS platform.

“Please bring the content of this circular to the attention of all concerned for full compliance.”

The circular was addressed to the Chief of Staff to the President; the Deputy Chief of Staff; Secretary to the Government of the Federation; all ministers and ministers of state; all permanent secretaries; all special advisers /senior special assistants and the National Security Adviser.