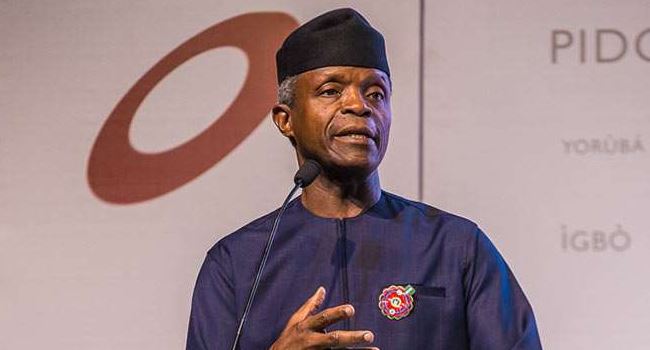 The Federal Government on Friday disclosed that its social investment programme, N-Power has gulped a total of N279 billion which was spent on Nigerian youths.

The President Muhammadu Buhari administration had in 2016 introduced the National Social Investment Programmes (NSIP) to create jobs and ameliorate poverty in the country.

Disclosing this to newsmen in Abuja on Friday, the Senior Special Assistant (SSA) to the President on Job Creation and Youth Employment, Office of the Vice President, Afolabi Imoukhuede, said the money was spent on the N30,000 monthly stipend paid to the 500,000 youths engaged under the N-Power programme.

He further disclosed addition N9 billion monthly bill was paid from August 2018 to June 2019 totalling N99 billion for the second batch of 300,000 youths engaged under the N-Power programme.

He added, “It is every simple in talking about amount that has been invested. I am saying that in Batch 1, they started earning from December 2016, so roughly we invest N72 billion annually just for Batch 1 alone. That is aside from the gadgets that they get and aside from from all the sponsored trainings that they get.

“For instance, all the training on agric for N-Agro, training for health for those who are in health, we sponsor all of that through the federal agencies, ministry of agriculture and ministry of health.

“We have been on N15 billion for almost one year because by end of July it will be one year that we have been making that investment every month.

“So if you put it together that just tells you how much investment we have made and like I have said, we don’t owe anyone because the money is paid directly to them not through a proxy.” he stated.

Move around with cows on our lands and see hell, Ohanaeze youths warn herdsmen