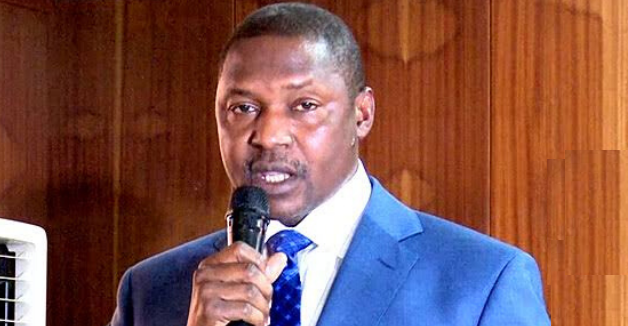 Abubakar Malami, Minister of Justice and Attorney General of the Federation, has claimed that Nigeria had proven the viability of using recovered looted assets for long-term development.

Malami made this revelation, on Saturday, at a high-level side event on “Food Security Response: Combating Illicit Financial Flows and Securing Asset Returns for Sustainable Development,” held in conjunction with the 77th session of the UN General Assembly, in New York City.

According to Malami, the 322 million dollars in looted Swissland assets that were recovered in 2017 lay the groundwork for lifting 100 million Nigerians out of poverty.

He said it got millions out of poverty through the Social Investment Programmes that included National Homegrown School Feeding Programme, Government Enterprise and Empowerment Programme, N-Power job creation and youth empowerment programme and National Social Safety Net programme, amongst others.

He noted that crisis experienced in the globe as well as onslaughts of terrorism and criminality continued to exacerbate challenges to world peace posed by starvation, malnutrition, diseases, climate change which he said continue to contribute to a worsening global economy.

“Indeed, these challenges are truly interlocking and have put our collective ability to devise innovative solutions to the test,” Malami noted.

Malami noted that findings from law enforcement organizations, in particular the Economic and Financial Crimes Commission (EFCC), that demonstrated how IFFS impede efforts to develop, including food security, while stressing the connection between illicit financial flows and food security.

He noted that this year, President Muhammad Buhari signed the Proceed of Crimes Act and the Money Laundering Prevention and Prohibition Act, among other laws, and that the Federal Government has placed laws and procedures in place to fight IFFs.

An infographic by the BBC with data gathered from the federal government, World Bank, and Transparency International revealed that the total amount of looted funds recovered from late Head of State, General Sani Abacha in the past 24 years has been put at $3.65 billion.

“God will soon reveal next President to me’ —Kumuyi