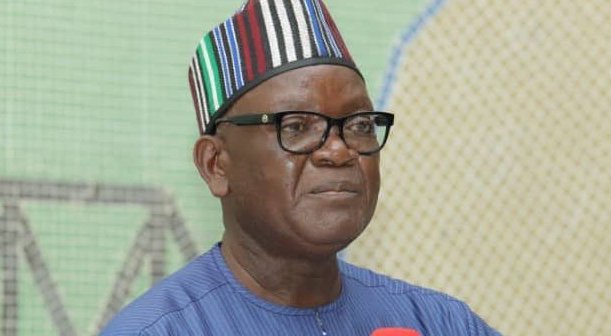 The Benue State governor, Samuel Ortom has fingered the federal government as being complicit in the terrorism, insurgency and alleged Fulani expansionist programme in the country.

These recurring issues of were among the problem bedeviling the nation that were dissected by Governor Ortom during an interview with AriseTV on Wednesday.

Benue State, among other Northern states, has been plagued with violent clashes amongst the indigenous populace and herdsmen with many causalities on both sides.

This has resulted in accusations and counter-accusations, birthing reports about a Fulani expansionist agenda being allegedly supported by the Federal Government.

In response to these claims, Ortom categorically indicted the FG over its alleged complicity in the scourge.

The Governor stated, “We have a situation of propaganda whereby deceit and lies are all over the place instigated by the FG.

“The day that the FG wants insurgency to stop in Nigeria and in Benue State, it will be done. This is why I always accuse the FG of being complicit in this situation. An assassination attempt was made on my life and the culprits, who were Fulani herders, were freed. The person being prosecuted is a Jukun fisherman who had nothing to do with the attempt on my life.

“I had provided solutions whereby we convene a security summit and all governors will talk about what is going on in their respective domains in order to redress the issue. Anyone who thinks I am not saying the truth should proffer a superior argument.”

Ortom further alleged that this expansionist agenda had been more than two centuries in the making, while referencing former President Olusegun Obasanjo who once coined the term “Fulanisation” to describe the agenda.

“It is a planned agenda over 200 years ago in order to overtake the country. The Fulanis are angling to take over the country with their expansionist agenda — this is evidenced in our local communities and some Northern states. They are using Islam as a tool to be in control and the real agenda is not about Islam.

“Obasanjo, as an experienced statesman, warned about the Islamising and Fulanising of the country with an emphasis on Fulani supremacy. This is in order to ensure that the Indigenous people have no say in the governance of the country,” he opined.

Jonathan reveals how Tambuwal, others made it impossible to implement outcome of 2014 CONFAB report