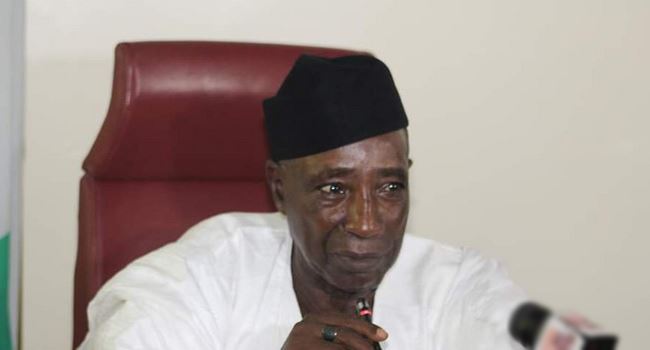 The Federal Government has entered into a partnership with Crown Flour Mill (OLAM grains) to expand wheat production in the country, according to the agriculture minister, Muhammed Nanono.

Nanono, who made this known in a statement by Mohammed Gana, Information Officer in the ministry, on Sunday, February 28, in Abuja, expressed delight at the interest shown by OLAM grains.

The minister disclosed this when the management of the company, led by its Corporate Affairs Manager, Ms. Damilola Adeniyi, paid him a courtesy visit in Abuja.

Nanono said the Ministry had put in place deliberate measures to ensure increased wheat production, including the provision of quality seeds and the distribution of agricultural inputs to the farmers.

The minister said that the ministry would also support the group in its development efforts.

He said with the intervention by Crown Flour Mills and other interventions such as those of the Central Bank of Nigeria, Flour Milling Association of Nigeria (FMAN), Transformation for Africa Agricultural Technologies (TAAT), and the Wheat Compact Project, Nigeria would experience sustainable sufficiency in local wheat production.

In her remarks, Adeniyi said that the purpose of the visit was to update the Minister on the group’s activities and to seek collaboration with the Ministry.

She explained that through such collaboration, the company hoped to leverage Nigeria’s wheat-growing potentials by bringing in new seed varieties and modern technology, to facilitate the growth and expansion of wheat production in the country.

Adeniyi said that the company planned to introduce the findings of research trials it conducted recently on the cultivation of a heat-tolerant variety of wheat.

She expressed optimism that the process would boost local production of wheat, increase the quantity and improve quality.

Adeniyi also informed the minister that the Crown Flour Mills has been involved in various developmental efforts such as research and seed trials, capacity building in modern agricultural practices, distribution of inputs, among others.

Adeniyi said as one of its corporate social responsibilities, the group was committed to the sustained training of Nigerian wheat farmers, provision of quality seeds for increased production as well as off-taking their produce.