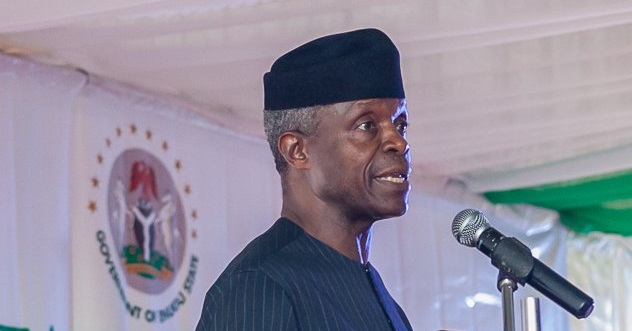 The Federal government has announced a 90-day special window to register new businesses at a reduced rate of N5000 only.

The new rate – for the 90-day period – represents 50 percent reduction from N10,000 originally required to register a private company with share capital of N1 million or less in the country.

Vice President Yemi Osinbajo, who disclosed this on Tuesday at the launch of the 19th edition of the National Micro, Small and Medium Enterprises (MSMEs) Clinics in Enugu, Enugu State, said the special window of 90 days was from October 1 to December 31, 2018.

In a statement by the Senior Special Assistant to the President on Media and Publicity, office of the Vice President, Laolu Akande, Osinbajo noted that the effort was part of its bid to further ease the process of registering MSMEs in the country.

The statement quoted the Vice President as saying, “It was observed during some of the earlier editions of the MSME Clinics that a lot of MSMEs were finding it difficult to register their businesses as a result of cost.

“The practice since we began the MSME clinics is that most agencies offer price reductions especially for registration, and all other pre-investment approvals, during the Clinics.

“So, I am pleased to announce that the Federal Government, through the Corporate Affairs Commission, has approved a special window of 90 days from yesterday October 1 to December 31, 2018, to register businesses at a considerably reduced rate of N5000 only, down from as much as N10,000 previously. This will afford more MSMEs an opportunity to formalize their businesses.”

He also announced the Federal Government’s willingness to partner with State governments in establishing more one-stop shops, to further enhance business registration and facilitate seamless interaction between owners of small businesses and the relevant regulatory agencies.

According to Osinbajo, there were follow-up plans to “ensure that all the finalists from the maiden edition of the MSME Awards are supported with publicity and media exposure, to enable them to reach even larger markets at home and abroad.”

Speaking earlier, Governor Ifeanyi Ugwuanyi of Enugu while thanking the Federal Government for the launch of the National MSMEs Clinics in the state assured that the state would continue to cooperate with all federal authorities to improve the well-being of the people.

CBN: Manufacturing sector grows at a slower rate in September