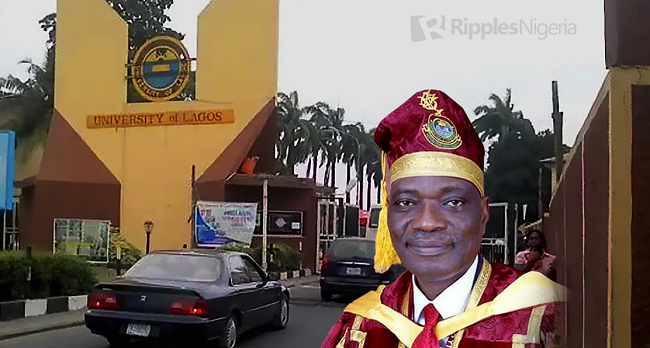 The Federal Ministry of Education has debunked reports that the Presidential Visitation Panel set up by President Muhammadu Buhari, had allegedly indicted the Vice Chancellor (VC) of the University of Lagos, Prof. Oluwatoyin Ogundipe, of several infractions including misappropriation of funds, saying the reports are false and did not emanate from the Ministry.

The Ministry, in a statement signed by the Director, Press and Public Relations, Ben Bem Goong, said the reports which were widely circulated by many frontline news outlets last week, claiming that the panel had purportedly indicted Ogundipe while exonerating a former Chairman of the Governing Council of UNILAG, Dr. Wale Babalakin, of wrong doings, were not only false, but mischievous and unfounded.

The Ministry maintained that insinuation the Panel indicted the VC and the management of the university was completely untrue, saying it stood by the report which was submitted by the Panel chaired by General Martin Luther Agwai (Rtd).

It urged stakeholders and the general public to ignore in totality, “the false, malicious and self-serving publications as well as their orchestration on social and electronic media and rather wait the former release of the government’s White Paper on the Panel’s reports.”

“The attention of the Federal Ministry of Education has been drawn to several syndicated publications in the print media, including THISDAY NEWSPAPER,(Frontpage Banner)of Monday, 13th September, 2021, The NATION, PUNCH, GUARDIAN, DAILY TRUST, and The VANGUARD, all of the same date, insinuating among other things, that the Presidential Visitation Panel to the University of Lagos indicted the Vice Chancellor, Professor Ogundipe and the Management of that University.

“The stories also posited that the report exonerated the former Chairman of Council, Dr. Olawale Babalakin.

“The Ministry wishes to state in very categorical terms that these claims are false, unfounded, and to say the least, mischievous, as they have no bearing with the report submitted by the Panel, which was chaired by a reputable four-star General, Martin Luther Agwai (Rtd), one of the finest Officers of the Nigerian Army.

“It will be recalled that the 7-man Presidential Visitation Panel to the University of Lagos submitted its report along with others to the Hon. Minister of Education, Adamu Adamu on 31st August, 2021, and not 7th of September, 2021, as claimed in the publications.

“Government is in the process of setting up White Paper Committees to address all the findings and recommendations of the Panels, including that of Unilag in a holistic manner.”