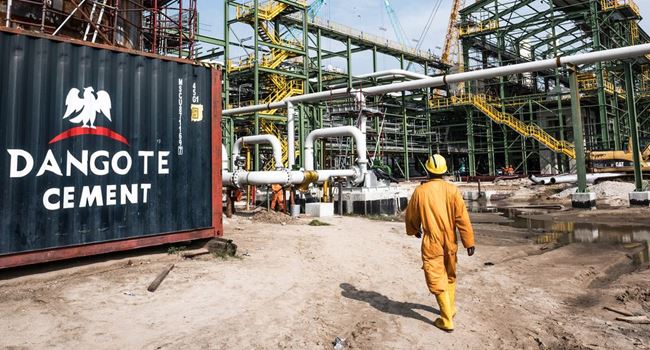 The Nigerian government has given the Dangote Cement to restart cement exportation across the borders, boosting the optimism that West African nation could lift curbs on transborder trade with neighbouring countries any moment soon.

The Federal Government ordered the blockade of Nigeria’s borders with its neighbours 13 months ago.

The President Muhammadu Buhari’s administration gave the approval for the cement-maker to export its products to Togo and Niger in the third quarter, the first time that would happen in 10 months, said Michel Puchercos, chief executive officer of Dangote Cement said at an earnings call in Lagos.

“The authorisation given by this administration made the export possible,” he stated.

Sparing Dangote Cement could mean a loosening of government’s stance on a blockade imposed in August 2019, and could set in motion freedom for other businesses in Africa’s biggest economy to restart exports across its land borders.

Even though the trade barrier stimulated patronage of Nigeria-cultivated produce including rice, it hampered factory operations in West Africa, which depends on the 200 million people-strong Nigerian market.