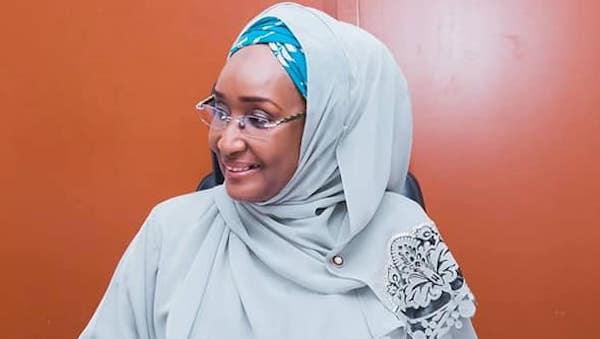 The Federal Government through the Federal Minister Of Humanitarian Affairs, Disaster Management and Social Development, Hajiya Sadiya Umar Farouq on Tuesday inaugurated the chairman and members of council of the national commission for persons with disabilities.

Speaking at the inauguration, Farouq disclosed that the Commission was established based on the desire of the federal government to bring an end to the years of exclusion of persons with disabilities.

She added that the establishment of the commission will go a long way in alleviating the suffering of Persons With Disabilities including seeing to their education, general wellbeing, employment, and economic development.

“The composition of the council and appointment of the executive Secretary became my priority. The search for you began, wider consultation was made, you were carefully selected on the recommendations of highly placed Nigerians.”

She therefore challenged the seven-man governing council to bring to bear their expertise in putting in their best devoid of personal enrichment, to support the Commission to deliver dividend of democracy to Persons with Disabilities, saying that the task before this Commission is heavy and the expectations from the Disability Community in Nigeria is very high.

“You are therefore enjoyed to do justice to all, irrespective of ethnicity, gender, religion, and region,” she said.

She appreciated President Muhammadu Buhari for not only signing the bill into an act but approving the appointment of the Chairman and Members of Council as well as the Executive Secretary.

The Minister assured them of the full support of the Government and her personal commitment to their success.

The Chairman of the Governing Council, National Commission For Persons with disabilities, Hon. Dr. Husseini Suleiman Kangiwa thanked the senate, Mr president and humanitarian minister for the quick confirmation of the nomination, adding that they are aware of the task ahead and will lay a good foundation for the commission that will enable them to meet the needs of the persons with disability.

Reps to probe dredging activities in Lagos by Dangote, others