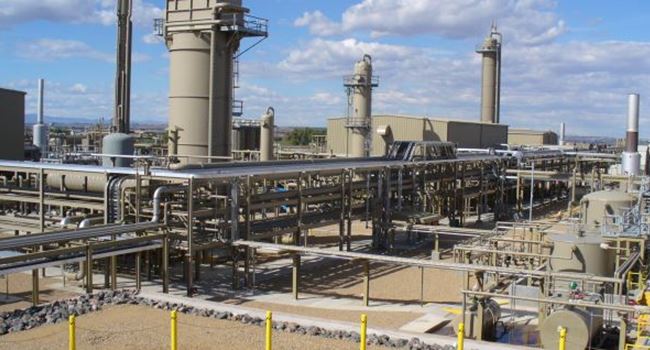 The Federal Government has signed a 1.4 billion dollar agreement with OCP Group of Morocco to produce ammonia and diammonium phosphate in the gas industrialisation strategy.

According to the statement, the project is structured to commercialise Nigeria’s vast natural gas resources and satisfy Morocco’s demand for cost-competitive ammonia.

The agreements are designed to create a clear path for the second phase of the Presidential Fertiliser Initiative (PFI) and the creation and operationalisation of a Multipurpose Industrial Platform (MPI) in Nigeria.

He added that the first phase of the MPI project would produce 1.5 million tonnes of ammonia per annum in two phases.

Olubiyi said that up to 70 per cent of the ammonia produced would be allocated for export to Morocco.

He added that the balance would be routed to the production of one million tonnes per annum of Di-ammonium Phosphate (DAP) and NPK fertilisers to feed domestic demand.

“It is expected that project construction will commence no later than quarter three, 2021.

“In the first phase of the project, 1.4 billion dollars will be invested in building out the plant and its supporting infrastructure with a target operations-commencement date of 2025.

“The project will be sited in Akwa Ibom State in a gas-rich location,’’ he added.

He said factors such as land availability and accessibility, gas adequacy, sufficiency of marine draft, and other environmental and social considerations informed the decision to site the plant in Akwa Ibom.

The plant will also have a dedicated jetty to facilitate seamless importation of raw materials from Morocco and other suppliers and export of excess ammonia and fertiliser to Morocco and potentially other regional markets.

Mr Timipre Sylva, Minister of State for Petroleum Resources who led the Nigerian delegation assured of President Muhammadu Buhari’s commitment to the actualisation of the project.

READ ALSO: No refinery in Nigeria has undergone maintenance in 42yrs —NNPC

“He has mandated the Ministry of Petroleum Resources and all its agencies, notably the NNPC, DPR, NCDMB, and all other government agencies to give maximum support for this project,” he said.

Gov. Emmanuel Udom of Akwa Ibom was quoted in the statement as saying that the state was committed to ensuring the PMI project was a resounding success.

He added that the state was receptive to investments and was prepared to offer the necessary support to make the project a reality.

“With a site that is suitably located to enable operational logistics and an abundance of gas resources, all that is left is for the parties to accelerate the project development process,” he said.

Mr Uche Orji, Managing Director of NSIA, said the project formed a key part of NSIA’s gas industrialisation strategy and would deepen intra-continental trade which was essential to Africa’s development and economic renaissance.

“This landmark project will explore increased levels of synergy between NSIA and OCP and the partners to the transactions and ultimately ensure that Nigeria builds an industrial base that is sustainable and complementary to mutual objectives of developing the agriculture sector in Nigeria,” he noted.

Dr Mostafa Terrab, the Chairman of OCP, who welcomed the Nigerian contingent said ultimately, the agreements would strengthen the partnership between the NSIA, the group, and the different institutions in the gas industry in Nigeria.

“The outcome of today’s agreements will translate to knowledge transfer and broader economic opportunities as we build out the industrial platform.

“The platform will leverage the best of Nigerian and Moroccan natural resources, namely the Nigerian gas and the Moroccan phosphate, and create a new basis for stronger ties.’’

Related Topics:gas industrialisation project
Up Next