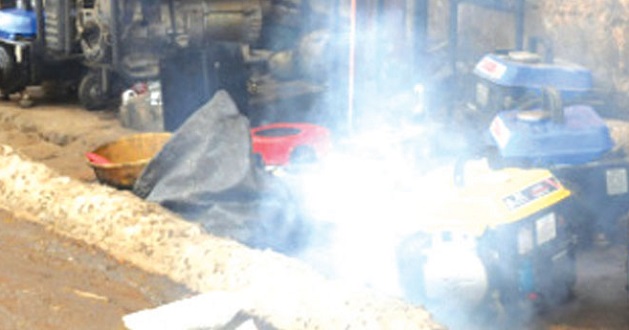 Nigerians looking to produce their own electricity might find it much more difficult in the coming weeks as the federal government has revealed plans to ban the use of generators in the country.

The ban will include importation of two-stroke engine generators used especially in Urban settlements.

Professor Aliyu Jauro the director-general of the National Environmental Standards and Regulations Enforcement Agency (NESREA) an agency under the Federal Ministry of Environment disclosed this while speaking to journalists at the weekend.

According to him, the environmental pollution caused by the use of generators far outweighs the importance.

“Those residing in urban settlements, should stop using the two-stroke engine generators because of the danger their smoke poses to the environment.

He said the two-stroke engine generators, often referred to as ‘I-pass-my- neighbor,’ are contributing immensely to the pollution of the air and environment in the country.

“We will soon begin the enforcement of the ban on the importation of generators, as this cannot be allowed to continue, the health and environment hazard defeats the gains,” he said.

Records obtained from the Transmission Company of Nigeria (TCN) indicate that the estimated demand for electricity in the country is 25,790 megawatts (MW).

However, the highest power generation was 5,801MW attained on 1st of March 2021, and that record lasted for just a few hours.

Nigeria, according to the Breton institution, has overtaken the Democratic Republic of Congo in terms of countries in which citizens have the least access to electricity globally.

Related Topics:generatorNigeriasmoking generator
Up Next