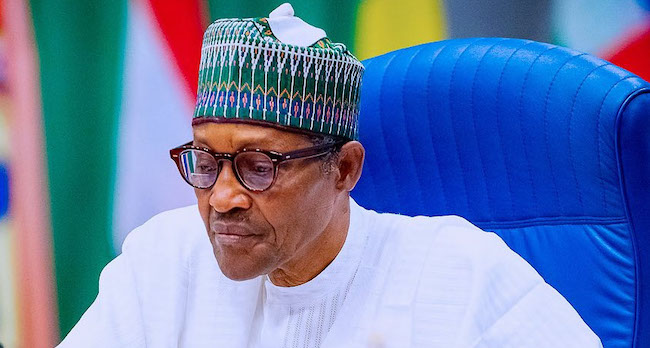 President Muhammadu Buhari on Friday faulted Nigerians claiming he is treating bandits and Boko Haram insurgents with a kid glove.

The President, who stated this in an interview with the Nigerian Television Authority (NTA), said critics accusing the government of treating the bandits differently from other criminals in the country are being unfair to him and his government.

Buhari was reacting to insinuations that he pampers the bandits in the North-East but goes tough with the suspected members of the Indigenous People of Biafra (IPOB) and other criminals destroying federal government’s facilities in the South-East.

The President insisted that his government is also treating bandits and Boko Haram insurgents in the language they understand.

Presiddent Buhari had issued the same warning to trouble makers in the South-East, a statement that irked Nigerians who branded him a tribalist.