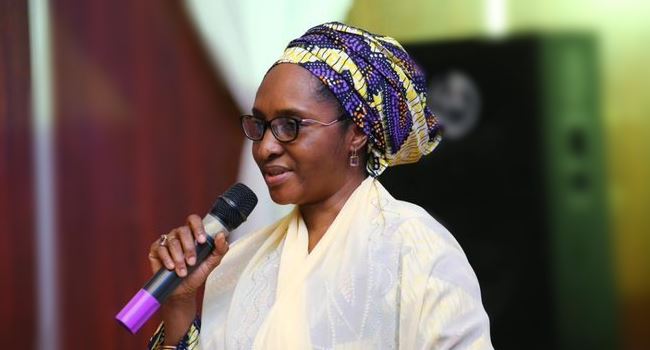 The Minister of Finance, Budget and National Planning; Zainab Ahmed, on Tuesday presented the 2020-2022 Medium-Term Expenditure Framework (MTEF) and Fiscal Strategy Paper, hinting that inflation rate in the country has generally declined since January 2017.

The minister, presented the paper at a public consultative forum at the ministry’s headquarters in Abuja, on Tuesday.

This was made known via the the ministry, in a series of tweets, on its twitter handle @FinMinNigeria which also noted the presence of the Minister of State for Budget and National Planning; Prince Clem Agba and other key stakeholders at the event.

According to Zainab, the MTEF and 2020 budget (as drafted) will go a long way to support national growth and development through improved revenue collection and expenditure management.

The ministry, against its establishment on a mandate to provide budget function, implement budget and fiscal policies of the Federation, further noted that the MTEF/FST is aimed at sustaining growth and diversifying the productive base of the economy.

This, according to Ahmed, would, in the long run, reduce the rate of unemployment in the country and boost inclusive growth.

On its potential of changing the narrative, the minister has linked the objectives of the paper to the Economic Recovery Growth Plan (ERGP) as earlier developed by the ministry that was instrumental to surmounting the recession challenge.

“The MTEF is in line with the Economic Recovery Growth Plan (ERGP) developed by the ministry, which ushered the country out of recession and launched her on the path of economic recovery,” she stated.