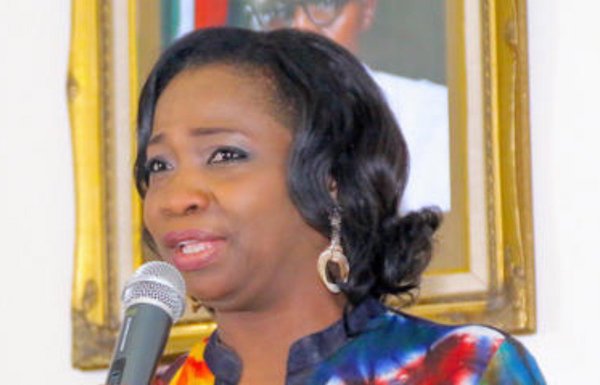 The Chairman of the Nigerians in Diaspora Commission (NiDCOM), Abike Dabiri-Erewa, on Sunday denied the involvement of the Federal Government in the reported arrest of #ENDSARS protesters in Cairo, Egypt.

Some Nigerians protesting the brutality and extortion by police, particularly the now-disbanded Special Anti-Robbery Squad (SARS) in their home country were dispersed at the Nigerian Embassy in Cairo and later arrested on Sunday.

In a video that surfaced on social media, the Nigerians were arrested by police while they were chanting anti-SARS songs.

However, in a chat with journalists on the matter, Dabiri-Erewa insisted that the Nigerians were not arrested at the Nigerian Embassy but at another location.

She said Egypt has its own rules that guide public gatherings.