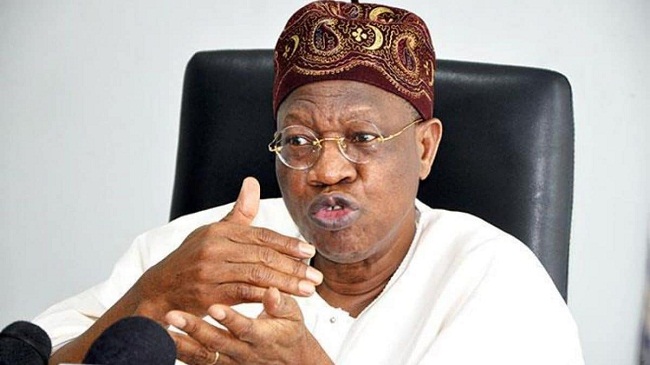 The Federal Government has disclosed that the war against insecurity is being won by the armed forces after years of internal turmoil had left many Nigerians displaced as the economy spirals.

The Minister of Information and Culture, Lai Mohammed, made this assertion on Monday in Abuja during a joint press conference on the nation’s security situation.

Mohammed asserted that the fight against terrorism and insecurity was being won by the security forces and that the administration of President Muhammadu Buhari would do everything it took to protect the lives and property of Nigerians.

He claimed that terrorists, bandits, and their allies would never again be able to roam the nation.

Lai said, “As you are all aware, the issue of security has dominated our national discourse in recent times, against the background of the terrorism, banditry and kidnapping in the North-East, North-West and North Central; separatist violence and crude oil theft in the South-East and South-South as well as cultism, armed robbery and sundry crimes in the South-West.

“Today, we are here to tell you that while we may not be there yet, our military and other security agencies have succeeded – and are succeeding – in substantially restoring security across the nation. As far as the daunting security challenges we face are concerned, we can tell you that the worst is over. Never again will terrorists and bandits and their cohorts hold sway in our country.

“The security challenges we have faced, as an administration, have been daunting – from terrorism to banditry to kidnapping to separatist violence to crude oil theft to armed robbery and sundry crimes. It’s undoubtedly the greatest challenge to the peace and security of our great nation since the civil war from 1967 to 1970.

“It is the kind of challenge that would have overwhelmed many nations. But thanks to the purposeful leadership of President Muhammadu Buhari, we can say, I want to repeat, that the worst is over and peace and security are gradually returning to the land. Please don’t misunderstand or misrepresent this assertion. We may still witness isolated cases of security challenges here and there, but it will not be on the scale that we have witnessed in the past.”

In April 2022, the Economic Community of West African States (ECOWAS) said about 3.3 million Nigerians were displaced as a result of insecurity in different parts of the country.

Vice President of the ECOWAS Commission Finda Koroma disclosed this at a stakeholders’ workshop on the ‘Best Practices for Stabilisation in West Africa’.

“Violent attacks by Boko Haram in northeastern Nigeria have resulted in the displacement of 2.5 million Nigerians, whilst kidnappings, extortion and organised criminal attacks in the North-West have displaced an additional 800,000 people.

“We need to find a way to return these communities to their homes safely. It is against this backdrop that ECOWAS Commission, in partnership with development organisations and governments, has embarked on an ambitious journey of introducing interventions designed to stabilise conflict-affected areas, address the root causes of insecurity, and set them on the path for sustainable development through recovery and building community resilience,” the ECOWAS Chief explained.