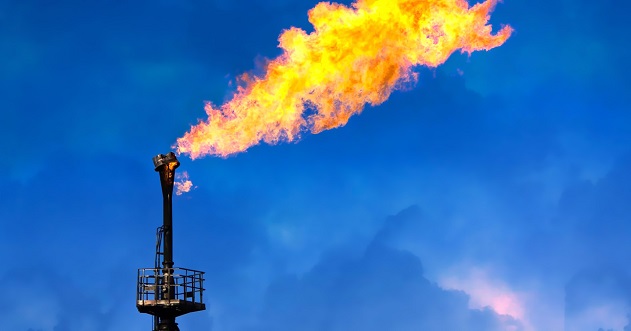 The federal government, on Sunday said gas flaring in oil communities have been reduced by 92 percent, and those complaining are only exaggerating.

The Minister of State for Petroleum, Timipre Sylva, made this known while speaking at a forum in Abuja.

According to the Minister, gas flaring is no longer the major problem of our oil communities today.

“Today as we speak on gas flaring, it is so much exaggerated. Gas flaring has been reduced to about eight per cent. We have taken down about 92 per cent of flares.

“We also use some of the gas to spike the crude oil, so we have found a lot of use for gas which brought flaring down by eight per cent, but people still exaggerate it,” he said.

“Before now in my own community, I saw the flares in the horizon when I stood by the Atlantic, but today it’s no more,” Sylva added

Sylva urged communities in the Niger Delta to tap into various opportunities created by the federal government’s gas utilisation projects and stop complaining about the dangers of gas flaring which had almost been eliminated.

“Gas flaring is no longer a problem in the Niger Delta, eight per cent of gas being flared cannot be the problem.

“If I don’t know what to do with my gas that is when I flare, but if I can monetise my gas, why should I burn it when I can make money out of it.

“In fact, it is in my interest not to burn my gas because it now has value. The problem with gas before was that it has no value because nobody was buying it.

“But now, if I can monetise it, I will be guarding it so that I can get some benefits from it,” Mr Sylva emphasised.

Ripples Nigeria had ealier reported that between March 2012 and April 2021, a total of 1.8 billion (MSCF) of natural gas valued at $6.3 billion were flared both onshore and offshore.

This is according to data obtained from Nigeria’s Gas Flare Tracker, an environmental monitoring tool.

The data also showed there are still over 100 active flare sites in ten Nigerian states.