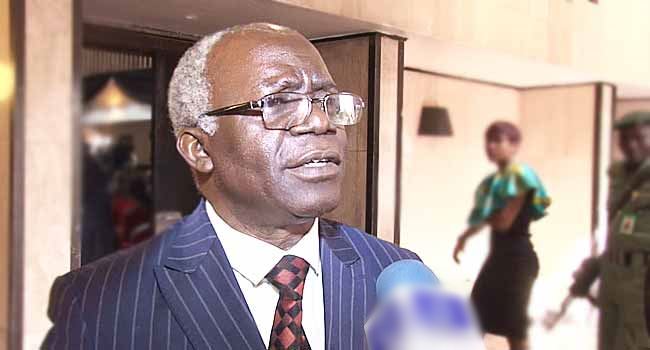 The aftermath of the ban on Twitter operations in Nigeria continues to reverberate with the Human Rights lawyer and a Senior Advocate of Nigeria, Femi Falana, also responding to the issue.

According to Falana, the Federal Government was too reactive by issuing a suspension of Twitter in the country.

The SAN made this assertion during a guest appearance on the Wednesday edition of Channels Television’s Sunrise Daily.

To further buttressed the slow reaction on the government’s part to thorny issues. Falana disclosed that there has been a litany of problems with Twitter in Nigeria due to the amount of misinformation that abounds on the app.

However, the ban on Twitter was only placed after President Muhammadu Buhari’s tweet referencing the civil war was deleted.

Falana said, “there is no ground on which the action of the government can be justified because over 40 million Twitter subscribers in Nigeria cannot be disenfranchised over one person’s ego.”

This response by Falana came just a day after some lawmakers of the Peoples Democratic Party (PDP) staged a walkout during plenary at the House of Representatives over the refusal of the House to suspend the ban.