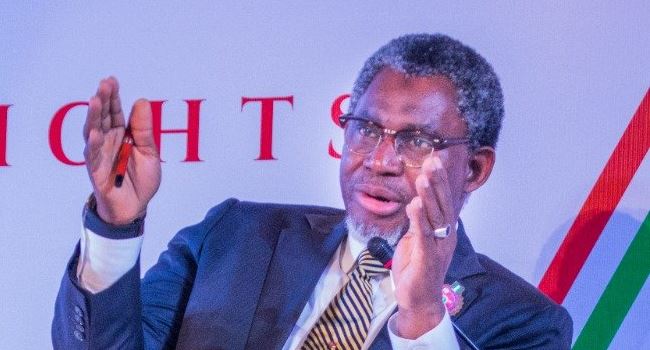 The Minister of Mines and Steel Development, Olamilekan Adegbite, has said the Nigerian government has prioritised seven of the country’s strategic minerals to harness the potential of the industry.

Adegbite made the declaration on Thursday in Abuja at a webinar arranged by the Nigerian Economic Summit Group (NESG), where he identified the minerals as bitumen, coal, limestone, iron ore, lead-zinc and barite.

He stressed that Nigeria was endowed with more than 44 mineral resources deposited in over 500 locations across the 36 states of the federation as well as the Federal Capital Territory.

“Seven of these minerals have been designated strategic to unlock the enormous potential in the sector. They are coal, iron ore, bitumen, gold, limestone, lead-zinc and barite.

“Alongside the seven strategic minerals, the ministry is also looking into key minerals to fuel the future.

“These include metals such as titanium, tungsten, lithium and cobalt, which have various applications in futuristic industries such as aerospace, telecoms and electric vehicle manufacturing,” Adegbite said.

He lauded the NESG for its efforts in reducing the impact of the coronavirus pandemic on the economy, further stating that President Muhammadu Buhari’s administration had been taking steps to diversify the economy from an oil-dependent one through the development of the mining and agricultural sectors.

According to him, the structural reforms deployed in the sector were aimed at aiding the emergence of a vibrant private sector and promoting a resource-based industrialisation.

“It is predicated on the principle that government serves as a regulator, providing an enabling environment for businesses to thrive. We are trying to stimulate mineral processing across the country using a cluster or hub approach.

“Each cluster will be provided with road and power infrastructure to encourage investors in processing and refining equipment to support a network of miners and processors.”

He noted that the revamp, completion and operation of the Ajaokuta Steel Plant would create jobs help generate revenue, saying that the project was based on a bilateral agreement between Nigeria and Russia with funding from the Afreximbank and the Russian Export Centre.

Adegbite expressed the optimism that Nigeria’s mining sector was on course to attain its goal of five per cent contribution to the Gross Domestic Product in the next five years.

Related Topics:economyOlamilekan Adegbite
Up Next