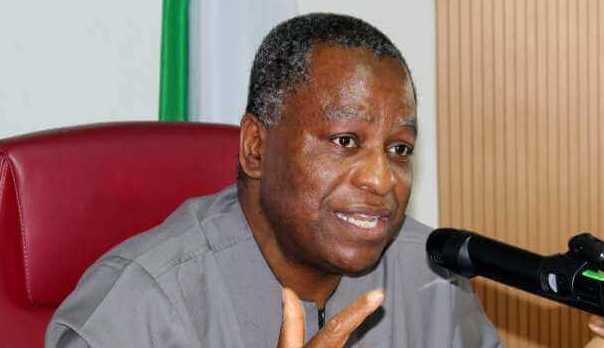 The Minister of Foreign Affairs, Geoffrey Onyeama, threatened on Sunday the Federal Government would review all its existing bilateral air service agreements with other countries including the United Kingdom.

The minister was reacting to the refusal of British aviation authorities to grant landing permit to Air Peace, the airline chartered by the federal government to airlift stranded Nigerians in the UK back home.

The development forced the government to reschedule the evacuation of the citizens from Monday to Tuesday.

Onyeama, who bared his mind on the matter via a statement, described the British authorities’ refusal of landing permit to the airline as “unacceptable treatment of Nigerian carriers during this pandemic.”

He said: “Having been allowed to carry out one very successful evacuation of Nigerians from London at very low fares, Air Peace in coordination with the Federal Government and full knowledge of the UK authorities scheduled two additional flights.

READ ALSO: Why evacuation of Nigerians in UK was rescheduled —FG

“All the arrangements were made including payments, only for the UK authorities to withdraw landing rights close to departure despite strong representations by the Nigerian government including pointing out the hardship that would be caused to hundreds of Nigerian evacuees.

“Air Peace could have just refunded the passengers but exceptionally, patriotically and altruistically agreed to find an alternative carrier acceptable to the UK authorities to carry out the evacuation a day later than scheduled but for much higher fares.

“These higher fares could legitimately have been passed on to the evacuees but Air Peace bore this huge cost itself. This is to let the aggrieved evacuees know that the objects of their grievance should neither be Air Peace nor the Nigerian government.

“They should rather be eternally grateful to Air Peace. The Nigerian Government will review its Air agreements with various countries as a result of the unacceptable treatment of Nigerian carriers during this pandemic.”