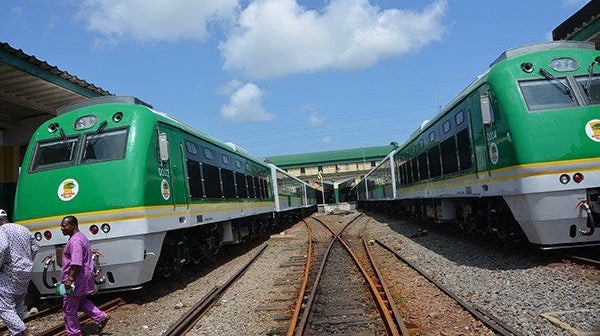 The Nigerian government is looking to complete the Lagos-Ibadan railway by December or early January 2021, spurred by the urgency to ease the Apapa port of cargo traffic by conveying them to various delivery points through trains, the Minister of Transportation said Thursday.

Amaechi disclosed plans to synergise with his roads and housing counterpart, Babatunde Fashola as well as the Lagos State government, on a live television programme, with a view to relieving roads of large-capacity trucks.

“I am his biggest champion when he (Amaechi) is presenting his request in the cabinet for the rails because I know that without the rail the roads will not last.

The movement of freight to rail is anticipated to commence with the Lagos-Ibadan rail line once construction winds down.

“I intend to approach him (Fashola) in January and approach the Lagos State governor so that we can see how we can deal with Apapa… then if we do, there will be a need to decide what vehicles can go to Lagos and the capacity of such vehicles or trucks.

“If we do that, we can then transfer all the cargoes that come from Apapa seaport to the railway. We believe we could transfer that up till Ibadan while we are still constructing the rail line from Ibadan to Kano,” Amaechi said.

Government is now looking to complete the Ibadan-Kano section of the Lagos to Kano rail line within two to three years just as it hopes to replicate that effort in the Port Harcourt-Maiduguri line.