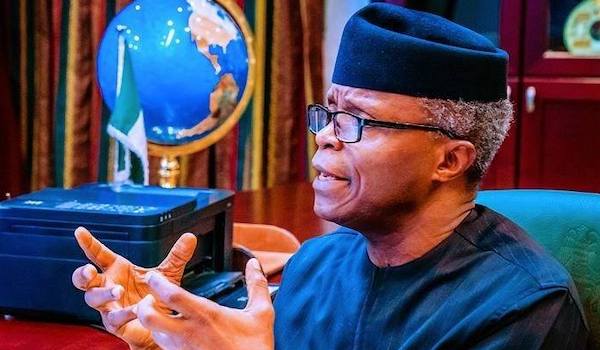 The National Economic Council (NEC) on Friday advised people behind the first anniversary of the #EndSARS protests to use other lawful means to express their concerns.

The Senior Special Assistant on Media and Publicity to the Vice President, Laolu Akande, who disclosed this in a statement, said the NEC charged the organisers of the protest to reconsider their plan as the protests may be hijacked by hoodlums and other “opportunistic criminals.”

The council, which comprises all state governors, and representatives of the Federal Government, declared that government at all levels had already taken moves to address the grievances that led to the #EndSARS protests last year.

These, according to the statement, include the disbandment of Special Anti-Robbery Squad (SARS), broad police reforms and establishment of judicial panels of inquiry to investigate allegations of human rights violations by members of the Nigeria Police Force and other security agencies, among others.

The statement read: “These are commendable actions that ought to be taken to a logical conclusion in a peaceful atmosphere.

“Organisers of the planned protests should explore the various channels of communication with governments at various levels to advance their positions and avert the breakdown of law and order that may result from such public protests.

“The council resolved to ensure the prosecution of persons indicted by the panels. In this way, the council directed States to immediately forward copies of final reports of the panels to their Attorneys-General for prompt arraignment and prosecution of all indicted persons.

“Where incidents in the reports relate to matters of discipline, in addition to prosecution, NEC urged the Nigeria Police Force to take disciplinary action on the affected officers in line with the provisions of the Police Act 2020.

“It may be recalled that following the October 2020 #EndSARS protests, which later transformed into violent demonstrations, in furtherance of resolution of NEC, 28 States and the Federal Capital Territory (FCT) (under the auspices of the National Human Rights Commission) had set up Judicial Panels/Commissions of Inquiry (Panels) to investigate allegations of violations of human rights levied against members of the Nigeria Police Force and other security agencies, especially members of the disbanded Special Anti-Robbery Squad (SARS).

Related Topics:#EndSARS#EndSARS anniversary
Up Next