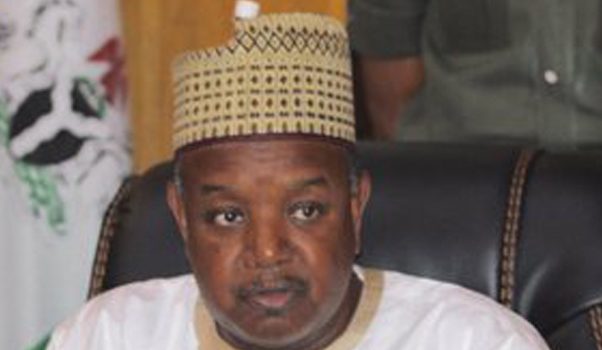 America is making efforts to stand in the way of repatriating around $100 million of the state-owned money, stolen by Nigeria’s late former military ruler, General Sani Abacha, on the discovery of government’s ploy to allegedly apportion the said fund to Kebbi State Governor, Abubakar Bagudu.

The discovery puts Nigeria’s future relations with the US in doubt, particularly the pact between both to cooperate in the recovery of the humongous loot embezzled by the deceased general, said by transparency to be in the neighbourhood of $5 billion.

Seventeen days ago, the US alongside the British dependency of Jersey had inked a loot repatriation deal with Nigeria, aimed at recovering over $300 million loot stashed away in those territories by the deceased dictator.

The decision to give Mr Bagudu the money calls to question President Buhari’s promise to combat corruption in public places.

According to the U.S. Department of Justice, Bagudu together with Abacha were involved in acts of graft.

It went further to disclose that the Nigerian government was hindering moves to retrieve the Abacha loot it said had been traced to the Kebbi State Governor.

The Buhari Administration asserts that a longstanding pact gave Bagudu a right to the $100 million, consequently making it impossible for Nigeria to assist America, statements from the District Court for the District of Columbia in Washington claimed.

“This case illustrates how complex and contentious repatriating stolen assets to Nigeria can be,” said Matthew Page, an associate fellow at London-based Chatham House and former Nigeria expert for U.S. intelligence agencies. “Instead of welcoming U.S. efforts, Nigeria’s lawyers appear to be supporting the interests of one of the country’s most powerful families.”

Bloomberg says Bagudu and a mouthpiece of Abubakar Malami failed to answer queries.

To date, Nigeria has recovered over $2 billion in conjunction with other nations, the U.S. court filings say.

APC not attractive, it should focus on its internal problems, Fayose quashes rumour of defection to ruling party