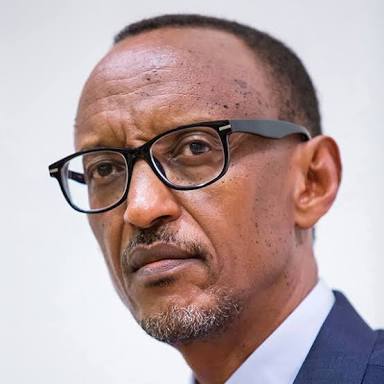 Socio-Economic Rights and Accountability Project (SERAP) has sent an open letter to the African Union Chairperson and President of Rwanda, Paul Kagame urging him to urgently call an Extraordinary Session of the Assembly of the African Union (AU) to suspend the rights of membership of Cameroon from the AU.

The group explained that this is to “put pressure on the Cameroonian government to end alleged torture and ill-treatment of 47 political activists forcibly returned to Cameroon by the Nigerian authorities, enforced disappearances, politically motivated trials, and gross and systematic violations of citizens’ human rights in the country.”

The organization also urged the AU to “maintain targeted travel sanctions and asset freezes against the authorities until they meet specific human rights and good governance benchmarks.”

In the letter dated 9 March 2018 and signed by SERAP deputy director Timothy Adewale the organization said: “Despite the massive violations of citizens’ human rights, and the continued absence of accountability in Cameroon, the AU has largely remained on the side-lines. Failure to act in the face of the gross and systematic violations by the authorities would seriously undermine the credibility of the AU and the legitimacy of its Constitutive Act, including its commitment to fight impunity as expressed in Articles 4(h) and (o) of the Act.”

The organization said, “The AU Constitutive Act identifies respect for human rights, and the rule of law as universal values and requires all member states to promote and adhere to them. By taking punitive action against the government of Cameroon for disregarding the fundamental principles of the AU, African leaders will be helping to achieve a positive resolution of the lingering human rights and humanitarian crisis in that country.”

According to the organization, “The AU now must recognize and openly acknowledge that the situation in Cameroon threatens the entire region. AU leaders cannot continue to ignore the violations of human rights inflicted on the people of Cameroon by their own government, and now must take serious steps to help alleviate their suffering and end continuing abuses”.

“The government’s longstanding assault on political freedoms and human rights lies at the heart of Cameroon’s political crisis. Enforced disappearances, arbitrary detentions and torture of political detainees have continued for many years, as the authorities routinely arrest and harass political activists, and violently break up peaceful protests.

“According to our information, 47 refugees and asylum seekers, mostly leaders of the people of Southern Cameroon and who were recently forcibly returned to Cameroon have continued to face torture, ill-treatment, politically motivated trial and other human rights abuses by the government.

“The AU should publicly condemn ongoing torture and ill-treatment of the 47 political activists facing persecution and abuses by authorities and call for their immediate and unconditional release.

“The situation in Cameroon is characterized by widespread and massive violations of human rights and humanitarian law with growing numbers of victims lacking access to an effective remedy. The authorities continue to use state institutions such as the police and the justice system as a weapon against political activists, opposition leaders, civil society activists, and human rights defenders.

“Arbitrary arrests, enforced disappearances, and unlawful detentions, as well as reports of torture and abuse by the Cameroon authorities violate Cameroon’s regional and international human rights obligations and commitments including under the AU Constitutive Act and the African Charter on Human and Peoples’ Rights”, SERAP said.