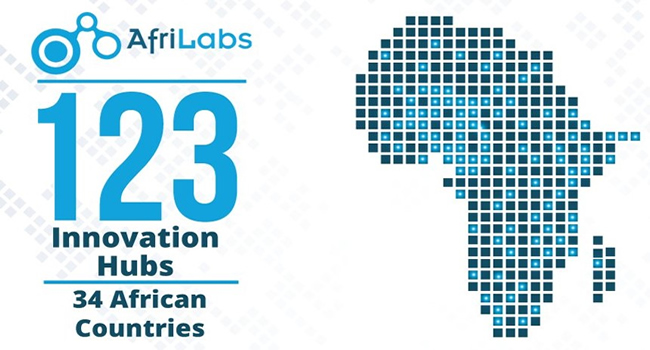 AfriLabs, a Pan-African innovation hub network, has added an additional 28 new members to expand its total membership to 268 across 49 countries.

The 10 year old outfit, which is a network of technology innovation hubs on the continent, goes with a mission to support the growth of these hubs and their communities, raising high potential entrepreneurs that will stimulate economic growth and social development in Africa.

According to reports, the new additions to its network saw AfriLabs extending its reach to seven new cities and one new country – Comoros.

Speaking on the development, Anna Ekeledo, executive director, AfriLabs, expressed excitement while noting that the step was to continue on its mandate to create a thriving environment for innovations.

He said: “We are always excited when we admit new members into our network. A journey that started 10 years ago, we still remain true to our core values of building and supporting a community that powers innovation in Africa.”

“The future is full of opportunities for the African tech ecosystem because of communities like ours, and our arms are always open to innovation hubs that want to be a part of us.”

The platform, after launch, is expected to enable unbanked individuals in Africa to complete payments and transfers only using a smartphone device.

Tracy Andersson, co-founder and group director, explained that the fintech is committed to ensuring financial inclusivity in Africa.

He said: “SendSpend is committed to enhance and uplift the lives of people in underserved local communities.

“Financial inclusion is a primary focus in achieving one of the UN’s Sustainable Development Goals of eliminating poverty and SendSpend is very proud to be part of this very ambitious goal.

“We want to enable economically marginalised consumers to participate in the digital economy by having access to financial services.”

Quro Medical, a South African healthtech startup has announced securing a seven-figure US dollar seed funding round to accelerate growth.

Since its inception in 2018, Quro Medical has been developing an affordable and accessible hospital-at-home solution that combines state-of-the-art hardware and software with clinical excellence to manage acutely ill patients in the comfort of their homes.

True to its vision, the startup is on its way to build the largest virtual hospital ward in Africa, seeking to achieve superior clinical outcomes to conventional care at a lower cost.

Led by Enza Capital and Mohau Equity Partners, the startup will use the funding to scale its operations across South Africa as it seeks to meet the demands of its growing client base, attract and retain talent and extend into markets with a highly competitive and innovative offering in a sector that is ripe and ready for innovation.

Twitter founder Jack Dorsey’s first ever tweet has been sold for the equivalent of $2.9m (£2.1m) to a Malaysia-based businessman.

The tweet, which said “just setting up my twttr,” was first published on March 21, 2006 and was auctioned off by Mr Dorsey for charity.