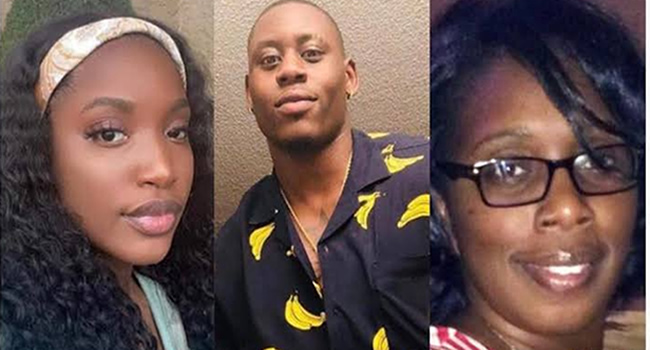 A 34-year-old Nigerian man, Udoamaka Nwamu, has reportedly committed suicide after killing his estranged wife and her mother in the United States.

According to the Douglas County Sheriff’s Office, Nwamu, a resident of Gerogia, who recently separated from his wife, Khaliya, 24, had invaded his in-laws’ home, killing his ex-wife and mother-in-law, then taking his own life on Sunday morning.

A police report states that Nwamu forced his way into the home near Long Lake Drive in Douglasville by firing a handgun into the front and back of the home.

“When Deputies arrived, they were met with gunfire from inside the home,” Douglas County Sheriff, Tim Pounds stated in a press release on Thursday.

“The Sheriff’s Emergency Response Team and a trained hostage negotiator responded on the scene as deputies took cover.

“During the course of the negotiations with Udoamaka, a single gunshot was heard and the S.E.R.T team immediately made entry into the home,” Pounds said.

The Sheriff added that Deputies found Nwamu dead from a self-inflicted gunshot wound, while Kaliyah and her 46-year-old mother, Nikita Green, were identified as deceased by officials.