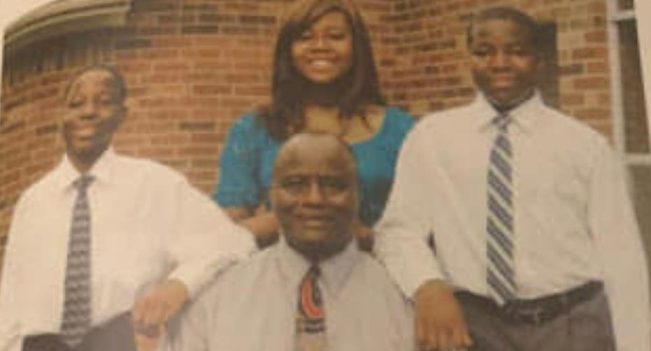 A Nigerian man living in the United States, identified as Benjamin Okigbo, has killed his wife, Theresa, and tried to strangle his 21-year-old twin sons before killing himself in what the police have termed as murder-suicide.

The incident, according to the Sugar Land Police department in Texas, occurred on Friday, December 18, when the police was called to the couples’ home in Greatwood.

The police said on Saturday that their investigation revealed Okigbo strangled Theresa to death before attempting to kill both of his sons by strangling them before he eventually killed himself by hanging.

Both of the sons survived the attack with injuries that are not life-threatening, the police added.

The police further said they were notified when a daughter who doesn’t live at the home, went there after she became concerned.

“Someone in the house called 911 Friday morning around 10 a.m. from the home in the 1500 block of Brookstone Lane.

“When officers arrived, they found the couple’s bodies inside. They were both in their 50s.

“A neighbor said they were originally from Nigeria but had lived in the Greatwood home for about 20 years. She said she spoke to the wife a few days ago and nothing seemed out of the ordinary,” the police said in a bulletin.

QuickRead: Kankara saga, Miyetti Allah denials. Three other stories we tracked and why they matter