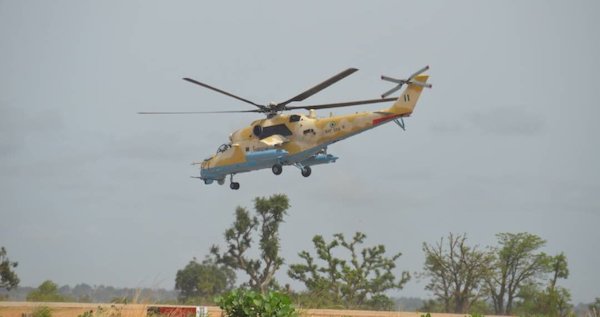 The Coordinator of Defence Media Operations, Maj.-Gen. John Enenche, who disclosed this in a statement on Saturday, said the air interdiction missions were conducted by the Air Task Force component of Operation Lafiya Dole after a series of surveillance revealed the settlement.

He said the series of aerial surveillance missions revealed that the new settlement was being used by the terrorists to store their weapons and logistics items and as well as plan and stage attacks.

He said the terrorists fled from the location when they sighted the NAF aircraft.

Enenche said: “Consequently, in a preemptive move, the NAF attack aircraft engaged the new location in successive passes, leading to the destruction of some of the terrorists’ structures and logistics stores.

“Several terrorists were also neutralised in the process.”