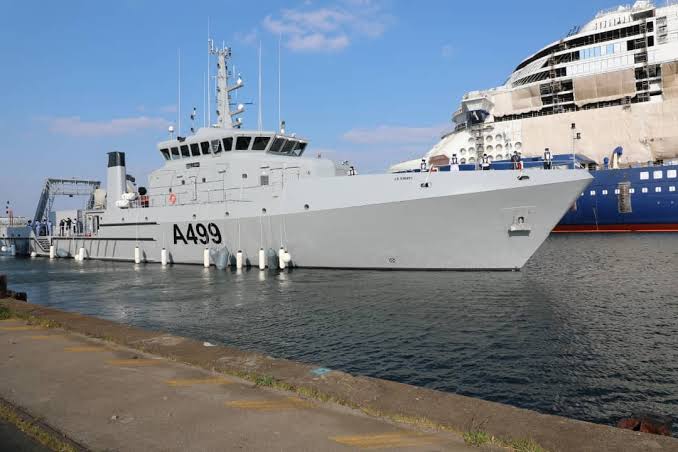 The Nigerian Navy has accused the Nigerian National Petroleum Corporation (NNPC) Limited of spinning out inflated numbers in order to preserve face rather than disclosing the real reason(s) for crude oil theft in the nation.

Rear Admiral Solomon Agada, the Navy’s chief of training and operations, stated this when he appeared before the Senate Committee on Economic and Financial Crimes at a National Assembly interactive briefing on the implementation of the Proceeds of Crime (Recovery and Management) Act, 2022.

Agada revealed that at several interactions with the NNPC, the Navy had explained the causes of fuel scarcity to the company that there was no way anyone would steal 100,000 barrels of oil in a day, but the NNPC had deliberately continued to mislead Nigerians.

The Chairman of the committee, Senator Suleiman Kwari, questioned the Navy chief on why the country continued to experience cases of oil theft if the waterways were secured.

Kwari queried, “The oil theft issue has been a very worrisome one to every Nigerian and more importantly, it has negatively impacted our economy. How come the Navy hasn’t been able to solve the issue of oil theft and if the Navy is claiming that the waterways are secured, why are there still cases of oil theft?”

Agada in his response explained that the challenge is that because of the criminal activity inshore by the illegal refiners in tapping into the export lines, those export lines have not been in operation since early this year.

His words: “The major terminals have not been able to process fuel for export since around February/March and instead of the NNPC telling the Federal Government that this product is not brought out to be able to process as export, they say the oil was stolen.”

He also added, “The stolen produce that we have been dealing with among illegal refineries is nothing compared to what the NNPC is declaring as being stolen.

“If you’re talking about stealing 100,000 barrels a day, you need about five-tonne batches 20 times a day from the creek to the high sea, which is very unrealistic. I told them at the NNPC that if that were to be the case, even a blind man would observe that something was happening in Nigeria’s waters and we are there on patrol and not seeing this.

“The only reasonable explanation why the fuels are not coming out is because the Shell platform on Bonny Island is not exporting and the Chevron terminal in Escravos is also not exporting. All these things are very clear, but because it is easier to say these things are stolen, then they just come up with that.

“Let’s get someone who can do proper analysis of these figures and we’ll find out that these claims are just bogus; there is nothing substantive about them. We have communicated appropriately with the NNPC; even at our last interface with them, they agreed with us; but when they come to the public, they say oil theft, hiding the fact from the public.”