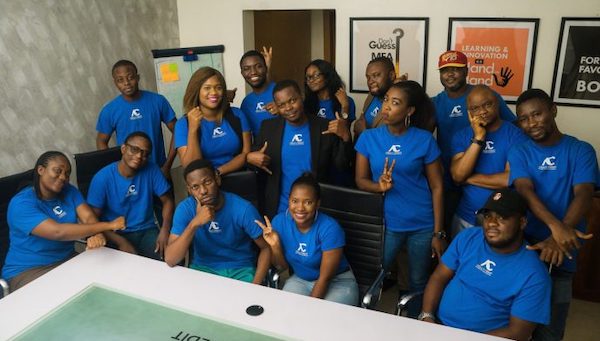 Five-year-old Nigerian fintech firm, Aella Credit, on Monday, February 10, announced raising a new round of funding to scale its operations and build more customer-centred financial products as a Fintech player.

This announcement, which was made public in a press release, revealed that the new $10 million funding came in from the Republic of Singapore, showing how the sovereign island city-state of Southeast Asia has joined other foreign states to show interest to invest in Nigeria.

HQ Financial Group, the Singaporean firm throwing its weight this time behind Aella Credit is a multi-disciplinary firm providing accounting, taxation and financial advisory services to small business and investors in suburban regions.

With its traction over the years, having provided financial service for about 300, 000 clients, Aella Credit seems to have recorded convincing figures that investors can bank on.

It is, therefore, not surprising that the Singaporean firm is staking $10 million this time, making it the second funding round for the Nigerian lending firm. Aella Credit first had its first round ($2 million) in 2017, barely two years after entering into the financial lending market.

Africa has, for long, been trapped in financial crisis and has led to the continent being tagged as an “aid-wanting” nation by developed nations like America, Europe, China, France and Russia.

The recent upsurge in Fintech players in the Nigerian financial space is fast cutting down on the numbers, seeing to how the large poverty gap is being reduced via the increasing access to funds for Micro, Small and Medium Enterprises (MSME).

In a country like Nigeria with a huge population count, these Fintech are equally finding the business lucrative, fast reducing mainstream commercial banks to merely large lenders and savings entities.

Akin Jones, CEO of Aella Credit, affirmed to the foregoing sentiment when he stated that “lack of access to credit and financial services has been the main impediment to MSME growth and poverty reduction in several emerging economies.”

According to him, it is for this reason that his financial services company is gainfully committed to providing trustworthy credit instruments in a bid to improve financial inclusion and also to enable MSME expansion. This position is not entirely new.

Entrepreneur Tony Elumelu had earlier revealed the depth of financial challenge confronting Africa while stating reasons behind his devotion to invest in Africa through his TEF programme.

His keynote address at the 2019 Invest for Growth in Africa Conference held in Paris summarise thus:

“In Africa, today, we have a large youth population, who are eager and innovative, they are looking at solutions to problems in their communities but are hampered by the access to capital and investment, and mentoring and training,” the philanthropist expertly submitted.

During that conference, Tony Elumelu told world leaders (in attendance) explicitly that “Africans do not need aid – rather our young people need investment.”

Going by the turn of events, while these world (political) leaders were perhaps, not concerned enough, business leaders in form of high level investors got the message and are now leveraging on this to further build their portfolios.

No doubt, in Nigeria, the figures must have been encouraging to have recorded such tremendous progress in boosting of the economy, and the increasing attraction of more foreign investors. With the space not seemingly close to getting saturated, these are clear indications that Fintech players will continue to thrive so long a large pool of the population is in dare need of working capital.