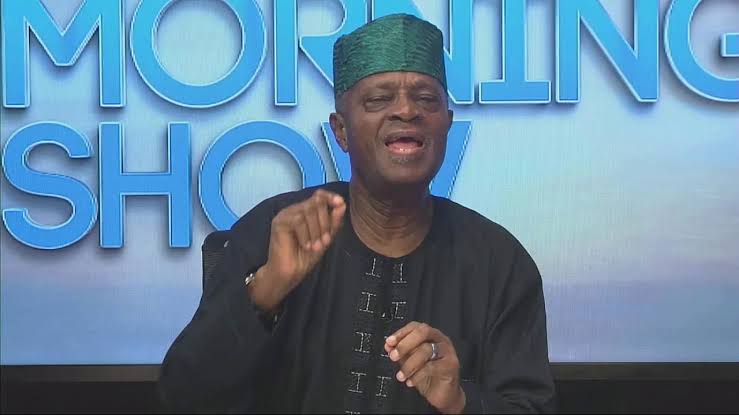 Former Minister of Works and Housing, Adeseye Ogunlewe, has said that Nigerian politics as a sort of informal investment where players repay those who have worked for them.

This is even as he argued that the national leader of All Progressive Congress (APC) Bola Ahmed Tinubu, is likely to clinch the presidential ticket of the party on Saturday.

The ex-Minister said this in an interview on Arise TV monitored by Ripples Nigeria on Friday.

Ogunlewe, who argued that the APC leader had the highest chances to win due to his years of investment in the party, said winning elections does not come easy.

Ogunlewe faulted the inclusion of statutory delegates in the newly passed Electoral Act 2022, stressing that the governors have larger control of the show.

He noted: “It is easier for Tinubu to get victory in the primaries. This is because the NASS went to pass an amendment for the inclusion of statutory delegates which is not necessary. Where you have smaller number of delegates controlled by the governors works for his benefit.

“It is left for the other aspirants to gain the Governors. Tinubu has worked so much for the APC structure and he will be very difficult to defeat. Politics is an investment and politicians repay their benefactors. To be a president, you need a decade of thorough investment in the party; overnight campaign never does any good.

“Tinubu can never lose in the APC because he is a great strategist. He will beat everyone hands-down because there is nobody within the party that invested as much. The PDP doesn’t have the personnel or membership across the states unlike the APC.”

Speaking on the conduct of APC primaries across the states, the former Minister noted that the National Working Committee of the party will receive reports and act accordingly.

He added that Olawale Oluwo and Olufemi Mustapha were disqualified in Lagos because they failed to obtain certificates of clearance that would allow them to take part in the primaries.