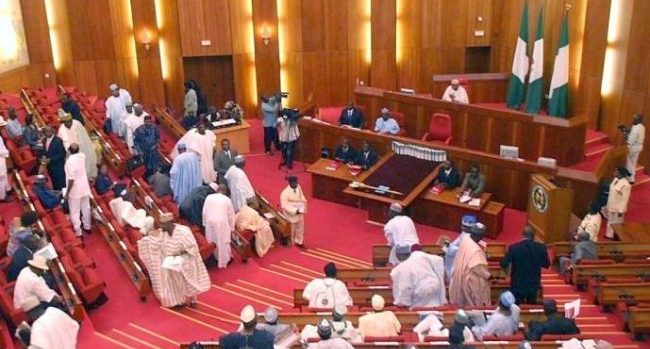 Nigerian senators at plenary on Tuesday called on the Federal Government to implement the Child Rights Act and the Violence Against Persons Prohibition Act in a bid to curb sexual abuse against minors.

This came even as the senators representing Lagos Central and Rivers East, Oluremi Tinubu and Thompson Sekibo respectively, advocated for death sentence for child rapists.

The call came during debate on a motion sponsored by Senator Rose Okoh who represents Cross River North, on Tuesday.

Oko had decried the rate at which children are being raped across the country and urged Senate to do something about the menace.

According to her, six out of 10 children under the age of 18 experience emotional and sexual violence.

She lamented the lack of training of security officers on how to deal with victims of sexual abuse.

Contributing to the debate, Senator Tinubu said, “It is very criminal and I think it will warrant a death sentence at this point in time. Most of these acts are done by people living with the victims. They are mostly relatives. It is time we did the right thing to curb this menace.

READ ALSO: Do we really have President in Nigeria, Ezekwesili asks

Senator Sekibo, who also was unhappy with the development, said in his contribution to the debate, “If a man commits sexual abuse on a six-month old baby, it is criminal. That person ought to be killed not to be sentenced. It has been happening in this country and perpetrators are not punished.

“Are there no laws? Don’t we have departments of governments that are handling these laws? The problem is, when issues are reported, people take it for granted.”

Based on the motion, the lawmakers called for the implementation of the child rights act and the violence against persons prohibition act. They also asked the judiciary to set up a “national sentencing framework” for child sexual abuse cases.