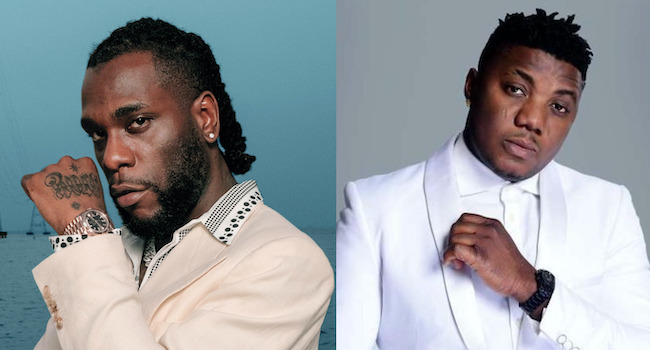 CDQ, who reacted to the matter on his Twitter handle, said the two-time Grammy nominee, and members of his entourage lack discipline and respect for deriding the former Super Eagles forward.

The singer expressed disappointment at the poor attitude displayed by Burna Boy.

He urged his colleague to apologize as soon as possible so as to avoid a similar drama in the near future.

“Burna for the first time I’m disappointed in u!!!!! U and ur boys need to go and apologize to Obagoal now! No let dem dey deceive u wit ur village title say african gi-ant com dey disrespect Oba Eko lonpe bi. Obafemi Martins is not anybody’s mate. If we dey cry make we dey see

“U don’t disrespect anyone in my circle and I look d other way, no way.”

However, Burna Boy is yet to react to the accusations leveled against him by CDQ.

Wizkid reveals how to recognize a good woman

Media personality, Toke Makinwa aims to become a billionaire at 40