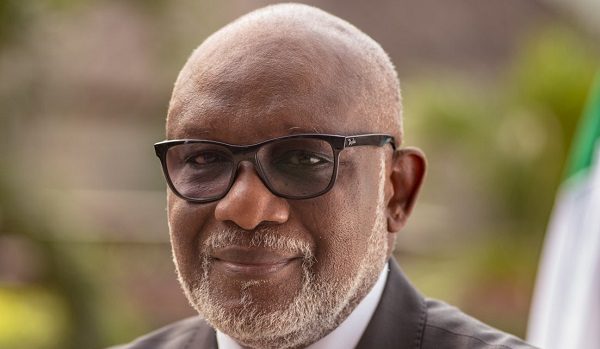 The National Association of Nigeria Students (NANS) have given the Ondo state Governor, Oluwarotimi Akeredolu, a 24-hour ultimatum to revise the schools fee in all higher institutions in the state to the initial fees.

NANS President, Danielson Akpan Bamidele, made the calls while speaking with newsmen in Akure.

According to him, some state governments had introduced new policies to enhance education in their various states but Gov. Akeredolu was not doing same.

He said “we have come to a point where, we will not allow any government to run the affairs of any state especially the part of it that affects us directly in the manner that pleases them.”

READ ALSO: My abductors collected over 5 million naira before setting me free-OAU lecturer

Bamidele noted that decisions on policy should affect the people positively, “Since the return of democracy in 1999, Ondo State Government had made free education available for all from primary to secondary level.

“Adefarati came and initiated that policy, Agagu came to sustain it, Mimiko spent two terms he consolidated it, so Akeredolu should not only sustain it but improve on it.

“AAUA school fees was N63, 000 initially but the state government increased it to N200, 000 before it was later reduced to N180, 000 with a promise to revise it to normal in the next session.

“Also OSUSTECH was N70, 000 and increased to N200, 000, School of Nursing, Akure and Rufus Giwa Polytechnic fees were increased too.

“WAEC, which used to be paid for by the state government, has been stopped without apology to anyone.

“Gov. Akeredolu should please help our students, who do not have hope to be educated as a matter of urgency, he should revise all the school fees of the state’s higher institutions to the initial fees.

“We are giving him 24 hours ultimatum to do that because we are not ready to fight him but to yield to the yearnings of the students and their parents.

“Ondo State was known for producing the best of the best when it comes to education in this country and it is also known as the bedrock of education in the country,” he said.

He, therefore, called on parents and guardians to join hands with the association to fight the course on behalf of the students.