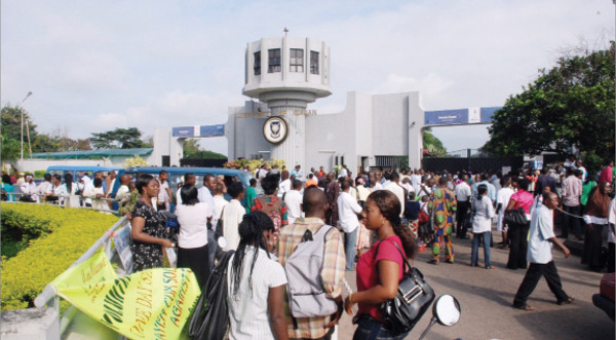 If the time-honoured aphorism which considers education as the bedrock of development is anything to go by and if the age-long believe that; with sound educational institutions, a country is as good as made -as the institutions will turn out all rounded manpower to continue with the development of the society driven by well thought out ideas, policies, programmes, and projects remains a valid argument, then, we all have reasons not only to feel worried but collectively work hard to deliver the nation’s public universities from the valleys of the shadow of death.

Specifically, the challenge comes in two forms; the first lays out the dilemma posed by the government’s underfunding of the public universities which as a consequence; impedes lecturers from carrying out scholarly researches, truncates academic calendar with strike actions, lace Nigerian universities with dilapidated and overstretched learning facilities with the universities producing graduates devoid of linkage with the manpower demand by the nation’s industrial sector.

The second challenge stems from the first but centres more particularly on thoughtless demand for fees of varying amounts/ proposed by the school authorities-a development that is financially squeezing life out of the innocent students and their parents.

The dilemma and menace posed by this practice indicates a considerably higher risk. And except the government commits its resources in getting to the root of the challenge, the potential consequence could be higher than that of other challenges currently ravaging the education sector.

On that day, at that time and in that place, I took a keen interest in their open and honest presentations. I listened to the boys’ paint pictures of how students groan under the heavy burden of school fees and other sundry charges.

Noting that these inexplicable fees have gotten so complicated that the students can no longer spot the ones that are authentic or otherwise. And further lamented that despite these fees, student’s hostels have been overtaken by Bedbugs and bushy, making it convivial for reptiles/rodents to struggle for spaces with students, and left with neither potable water nor electricity as a result of the school authority’s inability to power the school generator or settle their indebtedness to the Electricity Distribution Company (DISCO) that services the region.

But there has been no more bizarre or troubling manifestation of how seriously off track this particular university has taken Nigerians than the shocking revelation by the students of how, apart from the statutory school fees, demand as acceptance fees from new students amount that hovers between N60,000.00 to N75,000.00, depending on the department and faculty.

There remains the question of how many schools are involved in these uncontrolled levies?

To explain, the above is not to suggest that such is limited to the school in question as no public university in the country can boast of clean hands. The challenge may exist in overt and glaring forms within the school I question but exists in the hidden and subtle’ manner in others. Looking at commentaries, it’s obvious that there is no end to the list of such Universities. This is a verifiable fact.

This leads to another observation; by analyzing what goes on in each of these schools, it clearly presents a clumsy and discomforting attitude to the fresh students and their parents, and provides answers as to why many of our youths- those that will provide the future leadership of the country is on the street instead of school.

With this appealing awareness in mind, one may be tempted to ask what the acceptance fee signifies. Why must students pay the acceptance fee for an admission they voluntarily expressed interest and paid the examination fees? In fact, it may not be hasty or considered illogical to conclude that in a situation a candidate is not willing to accept admission, he may not, in the first instance border registering or participating in the examination.

Regardless of what others may say, it is important to recognize that educational development, particularly at the tertiary level is not what government alone can shoulder as its both capital intensives and requires productive collaboration. It, however, remains a worrying development that while the privately-owned universities like sheep have gone their ways with astronomical charges as school fees, despite the obviousness of gaps and incongruencies between their fees and the quality of education they impact on the children, the public universities which suppose palliatives now behave as if it is a competition with their private counterparts over fees.

In the same style, why this worry expressed should not be described as unfounded or treated with levity is that it is coming at a time when the FG/state has visibly manifested gross incapacity to implementing the newly signed thirty thousand Naira minimum wages. And in a season when unemployment rate in the country is going by the National Bureau Statistics (NBS), 2019 report presently at 23.1 per cent, with underemployment rate 16.6 per cent and expected to reach an all-time high of 33.5 per cent by 2020.

What if the parents of these students were among those caught up by the minimum wage cobweb, unemployment or underemployment at the very least, how can they cope with these arbitrary charges being demanded by the public universities?

To move this nation forward, we need to recognize that sound educational sector and sustained infrastructural development remains the spine. We must learn that nations such as the Jews progressed because they possessed a tradition of education combined with social and political action. They enthroned education and sacrificed to get it.

We must as a nation make quality but subsidized education a human right that will be accessible to all Nigerians irrespective of tribe/ethnicity, sex, religion or creed. And develop the political will to fund education in compliance with the United Nation Educational Scientific and Cultural Organization’s [UNESCO] budgetary recommendation.

Finally, in the words of Kenneth Lowande, Professor at the University of Michigan, monitoring unelected officials, implementing public policies should be the chief concern of leaders in every democratic government. By overseeing that process, elected officials aim to prevent shirking, corruption, performance failures and policy drift in bureaucracy. Obviously, it will be highly rewarding if the Federal Government monitors and implement such policies in public universities.

Nothing can stop Nigeria’s break-up, it’s only a question of time, Fani-Kayode replies Jega