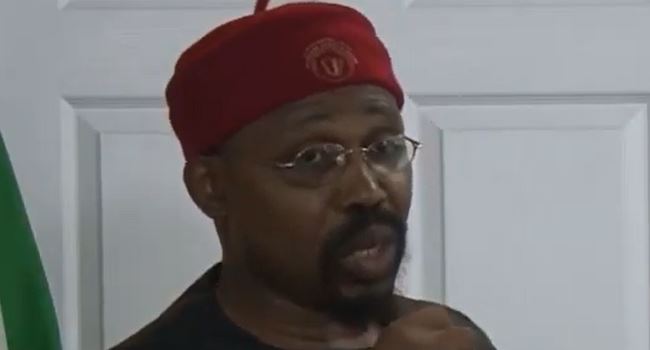 A Nigerian, Mr Gabe Okoye, is on the verge of becoming the candidate of the US Democratic Party for the Senatorial seat of District 9 in the Senate of the State of Georgia.

Okoye, who hails from Enugwu-Aguleri in Anambra State, is already on the ballot in a forthcoming Democratic Party’s senatorial primary runoff election in the U.S for the November 3 general election into the Georgia State Senate.

He is scheduled to face a black female challenger, Nikki Merritt, in the second round scheduled for Aug. 11, after both advanced to the runoff stage.

The winner will face the incumbent, Sen. Peter Martin, a Republican, who has been representing the district since 2015 and is seeking a fourth term.

Read also: Nigerian writer selected alongside 29 others for prestigious writing programme in US

Okoye is currently a Planning Commissioner in Gwinnett County, the second-most populous local government in Georgia, and is the first black man to serve as a commissioner in the county’s 202-year history.

A civil engineer, Okoye is the founder of Georgia-based construction firm, Essex Geoscience and currently serves on the Executive Committee Board of the Gwinnett and state chapters of the Democratic Party.

The Nigeria born politician, who was the chairman of the Democratic Party in Gwinnet between 2016 and 2018, said he was also aspiring to give the black community in Gwinnet County, his base, a strong voice at the state level.

As of the time he emerged the party chairman in 2016, Gwinnett was a Republican stronghold, with only five of the 25 elected officials in the county being Democrats.