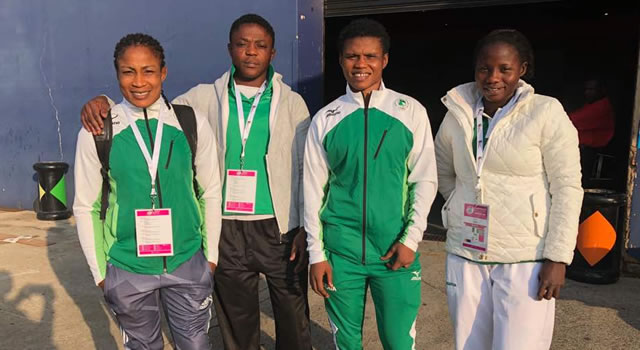 Team Nigeria added to their haul of medals at the ongoing Commonwealth Games in Australia as three wrestlers of the team won a silver and two bronzes respectively on Thursday.

In the women’s freestyle (76kg) wrestling event, Blessing Onyebuchi won silver after losing to Erica Wiebe from Canada via a verdict of victory by fal.

Welson, who lost to Canada’s Steven Takahashi in the semi-final, defeated Combrinck via points decision.

Nigeria won another bronze medal, this time in the women’s Freestyle (53kg) through Bose Samuel, who defeated India’s Deepika Dilhani via victory by fall decision.

Ebimienfaghe Assizecourt could have also added another bronze for Team Nigeria in 74kg event, but he lost to Wales’ Curtis Dodge despite leading by 9-4 at some stage.