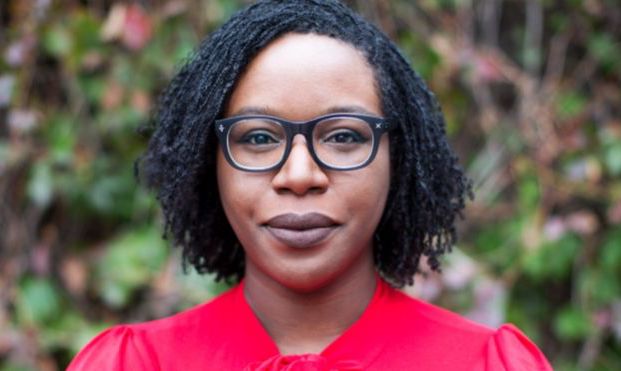 Kenyan author, Peter Kimani, Chair of Judges, announced Lesley as the winner of the £10,000 prize (about N1.5million) at an award dinner on Monday, 8 July.

Arimah’s story, which was published in McSweeney’s Quarterly Concern (Issue 53) 2018, defeated other authors from Cameroon, Ethiopia, and Kenya.

‘Skinned’ envisions a society in which young girls are ceremonially ‘uncovered’ and must marry in order to regain the right to be clothed. It tells the story of Ejem, a young woman uncovered at the age of fifteen yet ‘unclaimed’ in adulthood, and her attempts to negotiate a rigidly stratified society following the breakdown of a protective friendship with the married Chidinma. With a wit, prescience, and wicked imagination, ‘Skinned’ is a bold and unsettling tale of bodily autonomy and womanhood, and the fault lines along which solidarities are formed and broken.

The Judges described the story as a “unique retake of women’s struggle for inclusion”.

“Using a sprightly diction, she invents a dystopian universe inhabited by unforgettable characters where friendship is tested, innocence is lost, and readers gain a new understanding of life.”

Lesley Nneka, born in the UK and grew up in Nigeria, told the BBC’s Newsday programme that she was inspired by a conversation with a friend about how marriage in Nigeria “gives unconventional women cover to be themselves”.

“She is quite strange and her strangeness was something her parents had warned her that she should get rid of in order to get married,” Arimah said of her friend.

“When she got married, without compromising, everything that was strange about her was suddenly OK.”

The Caine Prize was launched in 2000 and is awarded annually to an African writer of a short story published in English.

The other Caine Prize shortlisted stories this year were: Tochukwu Emmanuel Okafor’s All Our Lives, Ngwah-Mbo Nana Nkweti’s It Takes A Village Some Say, Cherrie Kandie’s Sew My Mouth, and Meron Hadero’s The Wall.