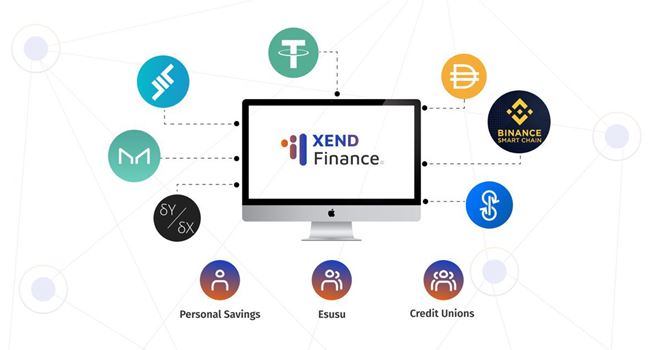 Nigeria’s decentralised finance (DeFi) platform, Xend Finance, has announced increasing the size of its funding round to US$2 million.

The announcement came on the heels of its new partnership deal, which it described as a key partnership as continues on its interest to serve credit unions and cooperatives.

As a decentralised system, the startup developed a platform that gives users access to the global money market so members can save and invest in stable currencies.

While building its cooperate outlook and business, the startup, in 2019, took part in the Google Launchpad Africa accelerator and the Binance Incubation Programme.

According to review, the platform allows users to create their own credit unions and cooperatives, eliminating traditional middle men, while earning up to 15 per cent annual percentage yield on their savings.

In 2020, despite the impact of the pandemic, the startup raised US$1.5 million in funding from investors including Binance Labs, Google Developers Launchpad, AU21 Capital, Ampifi VC, JUN Capital, TRG Capital, and Sandeep Nailwal, among others.

However, with a new investment led by NGC Ventures and Hashkey, the company brings its net raiser to US$2 million.

2. S.Africa’s startup Synatic raises fund to expand into US

The move, according to a brief from the company, is expected to deepen its low-code data platform and expand its customer base across the United States (US).

Since its launch in 2017, Synatic has developed a low-code data automation platform that enables enterprises to iterate quickly and provides rapid time to value for businesses needing to accelerate innovation leveraging multiple complex data systems.

Reports noted that Synatic’s mission is to help enterprises build their business faster through its powerful, but simple data platform.

Today, the company now has over 40 enterprise customers across Africa, Australia and the United States (US), with a focus on financial services companies, including Tokio Marine, Community Bank and EasyEquities.

South African venture capital company, Knife Capital, has announced the receipt of a US$10 million commitment from the Mineworkers Investment Company (MIC) to its new African Series B expansion fund, Knife Fund III.

According to reports, the VC will use its latest fund to invest behind the aggressive expansion of African innovation-driven companies and fill a critical follow-on funding gap.

The US$10 million commitment in Knife Fund III positions MIC as anchor investor to the fund, alongside other local and international investors.