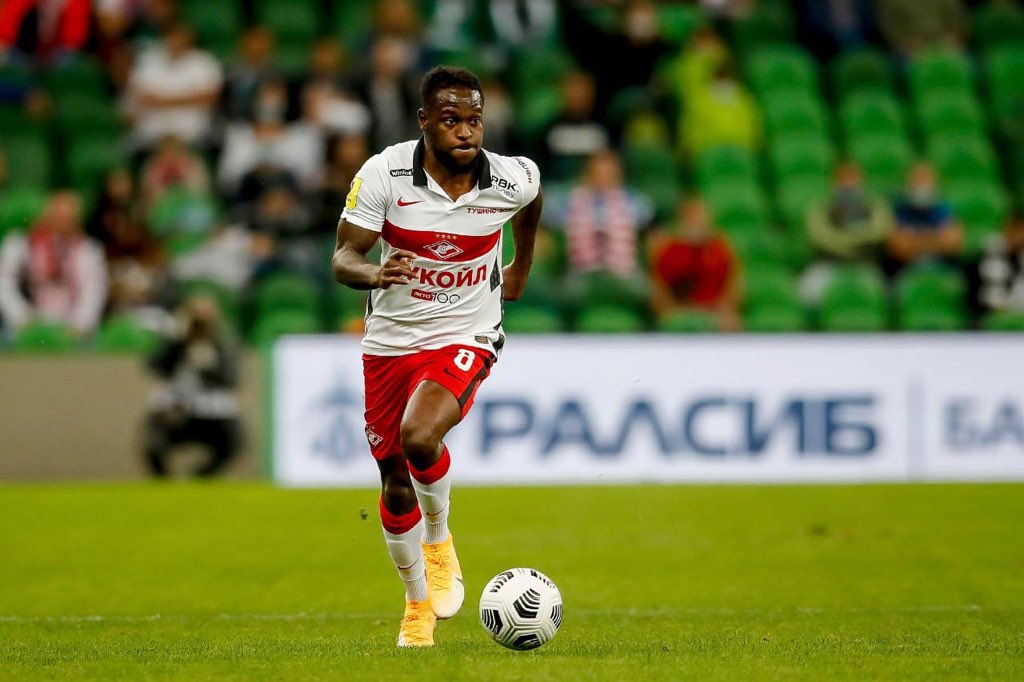 Former Super Eagles forward, Victor Moses has dedicated his first goal for Spartak Moscow to the #EndSARS protests against Police brutality in Nigeria.

29-year-old Moses, who has since 2018 retired from the national team, aired his support for the country’s youth and their agitations.

Young people in Nigeria had taken to the streets in the past two weeks, calling for the scrapping of the Special Anti-Robbery Squad (SARS) of the Nigeria Police.

Although Government had disbanded the unit few days into the protests, youths across the country continued to protest until the Lekki toll gate incident, where men in military uniform opened fire at peaceful protesters.

Moses took to Twitter to dedicate his goal after his effort helped Spartak beat Krasnodar 3-1 on Saturday night, and said “Enough is Enough”.

Brilliant win today and delighted to get my first goal for the club ⚽️???
I dedicate my goal today to the people of Nigeria ?? Enough is enough.
Nigerians have the right to protest and not be killed for it. #PrayForNigeria?? pic.twitter.com/zGsfLLgpRN

The winger joined the Russian topflight side earlier this month on loan from Chelsea of England.

The move was his sixth loan move since joining the Blues in 2012.

Obasanjo not qualified to speak on Lekki shooting –Odi Community